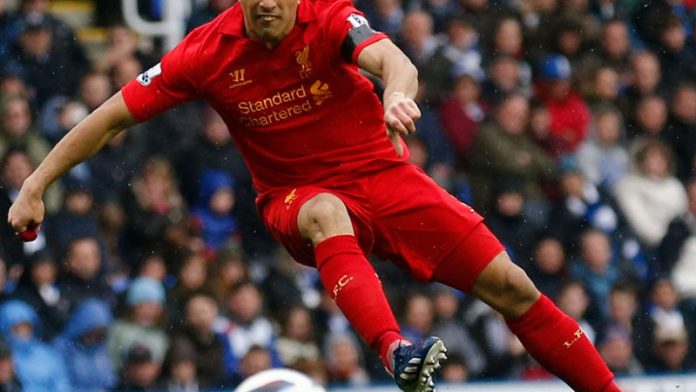 After the forward sunk his teeth into the biceps of Ivanovi? during Liverpool's 2-2 Premier League draw with Chelsea on Sunday, here's a look-back at the controvesial events that made history by Suárez:

'The club has fined me'
"I am deeply sorry for my inexcusable behaviour earlier today during our match against Chelsea," Suárez said.

"I have issued an apology and have tried to contact Branislav to speak to him personally. I apologise also to my manager, playing colleagues and everyone at Liverpool Football Club for letting them down."

Later, he tweeted that he had been in touch with the Chelsea player. "I've just spoken to Ivanovi? on the phone and I could apologise directly to him," he said. "Thanks for accepting."

Suárez was fined and will donate the money to the Hillsborough Family Support Group following the shocking bite on the Chelsea defender.

"For my unacceptable behaviour yesterday the club has fined me today," Suarez wrote on Twitter on Monday.

"I have asked the club to donate the money to the Hillsborough Family Support Group for the inconvenience I have created to the Liverpool fans and to Ivanovi?."

As referee Kevin Friend missed the incident, Suárez is likely to be punished with a retrospective Football Association suspension, but some pundits, including former Liverpool captain Graeme Souness, believe it could be time for the club to cut ties with Suárez as he is damaging their reputation. – AFP