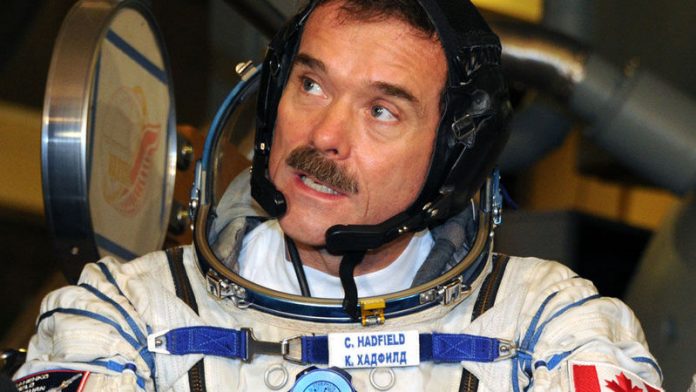 Chris Hadfield resides in the International Space Station (ISS) where he has been orbiting the earth since December 2012. Hadfield is the commander of Expedition 35 and has posted hundreds of images of the earth on social media over the past few months, which makes him a bit of a superstar. He says that, along with his team, he is able to capture unparalleled views of our planet from the seven-windowed Cupola observation deck.

Hadfield has also made a four-minute video called Snapshots From Space, in which he explains how his team is able to capture the amazing images from the ISS – which is 400 kilometres from earth at a speed of 8km per second. The beauty of taking photos from space he says, is that "if something is not here this time, tomorrow it might be … or maybe next week, or maybe a month from now. There's not a race to get a picture … you can be patient."

Does anyone know what the oval and square patterns of white blocks are on the left? South of Johannesburg. twitter.com/Cmdr_Hadfield/…

Pretoria, South Africa, visibly between the Highveld and the Bushveld. twitter.com/Cmdr_Hadfield/…

This cave painting is, in fact, raw geology in central South Africa. twitter.com/Cmdr_Hadfield/…