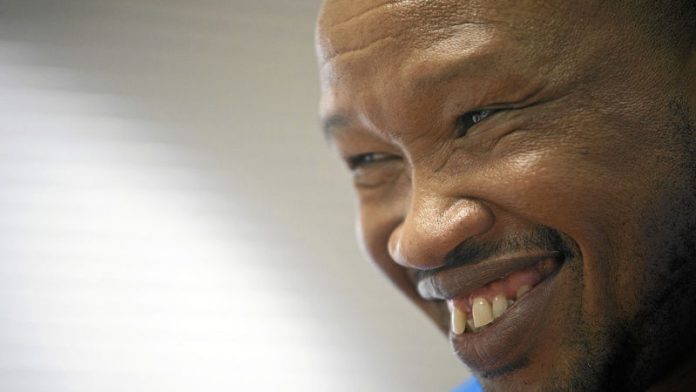 Should Zwelinzima Vavi continue as Cosatu general secretary until the end of his term?
Frans Baleni: We think he should finish his term.

Irvin Jim: It is the metalworkers’ view that Comrade Vavi should continue until the end of the term. The Cosatu 11th National Congress took place in September 2012, less than a year ago, and therefore anybody who had problems with Zwelinzima Vavi should have used the congress to contest him. For example all the allegations that are leaked by faceless sources about the sale of the old Cosatu head office could have raised this because the building was sold long before the Cosatu congress and the Cosatu audited financial statements were adopted in that congress, which included the sale of the Cosatu building. It is Numsa's view that anybody who is on a mission to unseat Zwelinzima Vavi is guilty of stealing workers’ democracy using the back door. This is never done in any democratic organisation.

The second reason why Numsa is firm that Zwelinzima should finish his term is the fact that in our view this is not an isolated incident but forms part of the whole brutal and severe attack by both the state and capital to the working class in South Africa. Sadtu now has to embark on a march because the education department has resolved to launch an attack against centralised collective bargaining in the education sector. Initially there was an attempt to make education an essential service with a motivation that was accompanied by a lot of English.

The working class is under attack in this country through the youth wage subsidy, e-tolling and labour brokers are allowed to continue to exploit the working class instead of banning them. As we speak, both Numsa and Sactwu are directly facing old “baaskap” mentality, where employers in the private sector are attacking centralised collective bargaining and using the courts to challenge the Minister not to gazette implementation of collective bargaining agreements to nonparties in the respective industries. A further attack on workers is the fact that often after collective bargaining companies go all out applying for exemption so that South African workers must continue to be super exploited. As metalworkers, we can see through these few examples mentioned, it is the reason why independent working class leaders and thinkers who are consistent to speak for the class, do not fit in the current political moment and must therefore be liquidated. In our view that’s the real reason why Zwelinzima Vavi must be dealt with. In Numsa's view we must defeat this agenda that is now open and now hidden. Its counter-reactionary mission is to turn Cosatu into a conveyor belt of both the state and business. In other words, Cosatu must become a lame duck, lapdog and labour desk. We refuse and shall resist these attempts with all our collective might.

Why is the Cosatu general secretary being investigated?
FB: It was the decision of the federation to work on unity and cohesion and eliminate some irritations that are a hindrance … and are standing in a way to achieve unity and cohesion.

IJ:  If truth be told, Vavi is not under any investigation there is a process which is an outcome of allegations that were made that have a potential to undermine unity of the federation and the decision was that the meeting of president and general secretaries must, through a facilitation process, ensure unity of the federation. However sources, who are operating as marauding gangs of no particular origin, continue to say he is under investigation and when we rebuke them and attack them, we get attacked from all corners. Quite frankly the agenda is that the lies of these face-less sources must not be contested so that their lies must be allowed because if they are allowed they will become the truth that will serve as basis to liquidate Vavi and fragment the federation so that it is not in a position to take up any campaign.

Do you support calls for a special congress?
FB: We don’t support it. We think that is bordering on factionalism. It is not a sincere and honest call at all. If it was a sincere call it would have followed the proper channels. If the NUM wants to make an extraordinary decision it would follow the right constitution … it would make a case at the central executive committee and to Cosatu’s general secretary and the president.

We think what they [the Food and Allied Workers Union] have done is not honest. They’ve gone to the media and said people want to remove Vavi. Nobody has said they want to remove the elected leadership at congress. Cosatu has dealt with difficult issues in the past and nobody has ever called for a special congress.

IJ: Since the outbreak of the challenges that has engulfed the federation, Numsa has been of the view that the federation has got the capacity to solve these matters internally. There is a process underway to deal with all the concerns raised but quite frankly Numsa is of the view that we are dealing with a bigger agenda here if one takes note of the consistent deliberate leaks by sources, taking into account that those who attend these meeting are the most senior leaders of the federation and affiliates.

The Numsa bargaining conference and the central committee debated Fawu's proposal and it received a positive and warm response. However we felt it important to take this discussion into our lower structures for further debate by our members as our union is a worker-controlled union.

The reason why we think Fawu’s proposal for a special congress might deliver a permanent solution to the current challenges in the federation is very simple – all across various affiliates of Cosatu, if one is to judge by the recent Cosatu provincial shopsteward councils, shopstewards have absolutely no problem with the Cosatu general secretary. In fact they are not happy with us as national leadership as to why are we undermining their own decisions arrived at in the September 2012 Cosatu national congress.

What is the main source of tensions between NUM and Numsa?
FB: These issues are subject to a facilitated process. Our main gripe is about the membership and the scope allocated to us by the federation: mining, construction and energy. Our sister union [Numsa] is failing to hand over membership at Eskom and continues to recruit at Eskom, the construction and mining industry. These are things we’ve raised internally. Some of their [Numsa] leaders will lose a leadership election at local level and they will then go to Numsa and recruit [NUM members]. This has happened and is happening in Rustenburg.

IJ: We have noted their recent political public attack on Numsa, characterising our leadership as charlatans; presenting us as opportunists. Our view is that we shall not gain from taking these allegations to the public. We think they will be better handled internally in the federation. A well-publicised allegation in the media is that we are poaching their members – something we have refuted to a point of being irritated. Why do they [the NUM] waste their energy on Numsa when it is Amcu [the Association of Mineworkers and Construction Union] that is taking their membership?

Are you Cosatu’s largest union and how many members do you have?
FB: We regard the NUM as the largest union in the federation. We have 310 000 members … but I still have to get the latest figures. If any other affiliate has more members we would welcome that. It is not a matter of life and death for us. It is about having membership for the federation.

IJ: My biggest challenge with Cosatu is they want you to pay for very member you have even if it is not sustainable. What do I mean by this? All of us who operate and fight under capitalism know that talks about growth but for them such growth must be a sustainable. We however know that retrenchments and factory closures is always an outcome of the capitalist created crises. I must say I have not done any scientific analysis of our growth but the truth is that the union has been growing (strangely) during the capitalist global. It always reminds me of what Fidel Castro once said: "Great problems always deliver great solutions.” Our membership department has reported that our membership has grown from 300 000 to 318000. I have a deputy general secretary who is very transparent and who bears no secrets. On this front he publicized our membership given that membership falls within his competence. Unfortunately once Zwelinzima Vavi was there, he will demand that we must pay for 318 000 members.

IJ: For me, the question would be: Who are these people or forces? Metalworkers, both as a way of life and an attitude of mind, honestly believe that it is very dangerous to respond to people who are tiptoeing in the shadows.

Do you support the national development plan?
FB: We welcome a long-term plan being put in place because we have been calling for a vision. We cannot deal with short-termism. The diagnosis the national development plan makes is factual … We have a high unemployment rate in South Africa. We have challenges in education and health. But we tend to differ with them when it comes to solutions proposed to deal with these challenges. Some of the solutions are unhelpful, especially for workers. We should take these issues to the tripartite alliance and engage the ANC [at the upcoming alliance summit in June].

IJ: We reject the NDP because it maintain the status quo of colonisation of a special type where the wealth of this country remain concentrated and centralised in the hands of white monopoly capital and white population in the country, while poverty, unemployment and inequalities remain the life experience of black people in general and Africans in particular. Secondly it conceals the failures of the macro-economic framework (Gear ), which has failed to meet a its target which is growth, employment and redistribution and it is directly responsible for de-industrialisation of our country. Above all it has launched an attack on workers hard won gains and it present them as a threat as directly responsible for mass of unemployment. What is extremely disturbing is that these policy positions compare accurately with DA policies a political party we have always understood as nothing but the political axis of the ruling class that exploit the working class and the poor.

Numsa denies ‘politicised’ workers are a threat to Eskom

Numsa’s political party gets the go-ahead