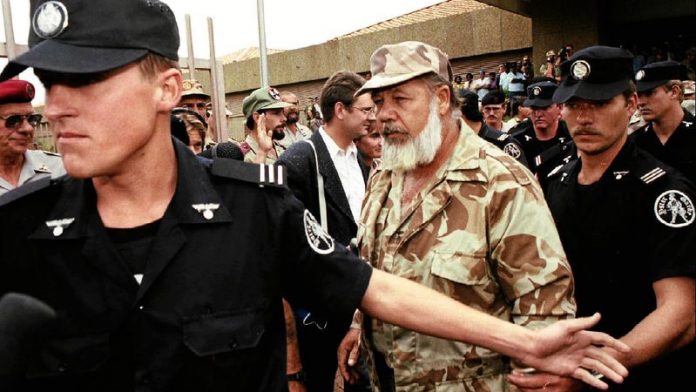 Last week, the Swaziland High Court handed down a decision with grave implications for freedom of expression. The Nation magazine, an independent publisher, and its editor Bheki Makhubu were found guilty of the crime of contempt of court, fined 400 000 emalangeni (about R400 000), and ordered to pay half of the fine within three days of the decision or be imprisoned for two years.

Aside from an immediate prison sentence, it is difficult to contemplate a sanction more chilling to freedom of expression. It is important to understand whether the high court was justified in imposing this extremely harsh penalty.

The conviction was based on two articles; and the editor didn't mince his words in either. In the first article Makhubu criticised the judiciary in forthright terms, including stating that in a particular judgment, the treatment by the majority judges of fundamental rights was "criminal", and their rejection of academic commentary was "treasonous".

In the second article Makhubu made various robust comments about Chief Justice Michael Ramodibedi, including that his behaviour at the official opening of the high court, where he called himself a "Makhulu Baas", was akin to that of a "high school punk", and he lamented the "levels to which our judiciary has sunk".

The court first swept aside the argument that the summary procedure which had been adopted in the case to prosecute the publisher and editor was unconstitutional, because the ordinary safeguards that apply in criminal cases were not followed.  The judge rejected in this regard the contrary conclusion that our Constitutional Court reached in S v Mamabolo.

The court then got to the heart of the matter: whether the two articles were contemptuous in that they "scandalised the courts", the name for this form of contempt of court. The first article was a "scurrilous attack" on the judges of the Supreme Court; it claimed they were not impartial and were actuated by improper motives. The second article was "calculated or intended to bring into contempt and disrepute and to lower the authority of the chief justice"; it was "treasonous if not subversive in the extreme".

And, said the court, its findings did not undermine the right to freedom of expression, which was not an absolute right. The offence of scandalising was "reasonably required for the purpose of maintaining the authority and independence of the court", which was a value recognised by the Constitution. Moreover, "it is justice itself that is flouted by ­contempt of court".

Scandalising
As part of its reasoning, the court relied on the South African Constitutional Court's decision in Mamabolo, which upheld the constitutionality of the crime of scandalising in South Africa. In that case, an official in the department of correctional services was convicted of contempt for stating that a judge had acted erroneously in granting bail to Eugene Terre'Blanche, the former leader of the Afrikanerweerstandsbeweging. The Constitutional Court overturned the conviction.

It is correct that the Constitutional Court stated that there is an important place in a democracy for the crime of scandalising – it is "one of the devices which protect the authority of the courts". But Justice Johann Kriegler, for the court, also changed the entire emphasis of the offence, ruling that the test is whether the publication "viewed contextually, really was likely to damage the administration of justice", and that the crime would only apply to a "narrow category of egregious cases". And in all the extensive quotations of the Mamabolo case one finds in the Makhubu decision, what is missing is this one: "Having regard to the founding constitutional values … and the emphasis on accountability, responsiveness and openness in government, the scope for conviction on this particular charge must be narrow indeed if the right to freedom of expression is afforded its appropriate protection."

Now there can be no arguing with the fact that Makhubu chose to express his criticism of the judiciary and of the chief justice in language that others may find extreme and offensive. But if freedom of expression is to be taken seriously we must tolerate speech we find offensive, even if that speech is aimed at judges or the judiciary. Rather than asking whether a publication has a tendency to harm the administration of justice we should, perhaps, instead apply the Constitutional Court's definition of fair comment in defamation cases, which it adopted in the Robert McBride case: "Criticism is protected even if extreme, unjust, unbalanced, exaggerated and prejudiced, so long as it expresses an honestly held opinion, without malice, on a matter of public interest on facts that are true."

I have said that the Constitutional Court in Mamabolo ought to have held that the crime of scandalising was unconstitutional. Decisions such as that of the Swaziland High Court show that, as long as the crime exists, governments and courts may be prepared to breathe life into the offence in certain circumstances, with deleterious consequences for freedom of expression.