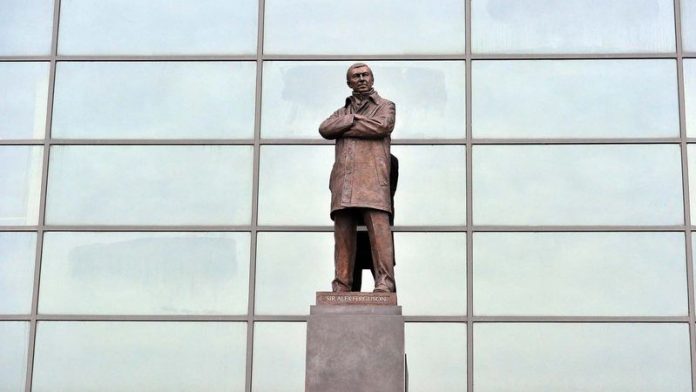 1. 1992-93: Won by 10 points from Aston Villa on May 2 (two games to spare)
It is easy to forget the pressure United were under as they sought their first title in 26 years. They were eighth when Alex Ferguson signed Eric Cantona in November. The Frenchman revitalised United and they eventually pipped Aston Villa and Norwich with a run of seven successive wins, including Steve Bruce’s legendary 96th-minute winner against Sheffield Wednesday.

2. 1995-96: Won by four points from Newcastle on May 5 (no games to spare)
The most romantic of Ferguson’s titles. Alan Hansen infamously said United could not win anything with kids – but they had Eric Cantona and Peter Schmeichel in the form of their lives: the pair combined in a series of 1-0 wins in the run-in as United obliterated Newcastle’s 12-point lead and drove Kevin Keegan to a public meltdown.

3. 2006-07: Won by six points from Chelsea on May 6 (two games to spare)
Ferguson had gone three years without a title and José Mourinho’s Chelsea were apparently omnipotent. Then United hit the ground sprinting, with four goals against Fulham in the first 19 minutes of the season. With Cristiano Ronaldo moving from good to great, Ferguson’s team swaggered to the title.

4 1998-99: Won by one point from Arsenal on May 16 (no games to spare)
The first part of a historic treble came after a magnificent, unyielding race with an outstanding Arsenal team – still probably the toughest opponents Ferguson has overcome. The instant chemistry of Dwight Yorke and Andy Cole was crucial as United’s irresistible force finally shifted Arsenal’s immovable object on the final day.

5. 2002-03: Won by five points from Arsenal on May 4 (one game to spare)
Arsenal were superior for much of the campaign, with United hanging on through mental strength and a stream of late winners. Then they hit form. Ruud van Nistelrooy smashed 13 goals in eight games and United gobbled up Arsenal’s eight-point lead with some blistering football, never more so than in a startling 6-2 win at Newcastle.

6. 2012-13: Won on April 22 with four games to spare
Obliterating a superior Manchester City with four games to spare is a stunning achievement probably beyond any other manager in the world. To some, the relative poverty of that football will reduce the achievement; to others it will enhance it. And City, though good, do not compare to the great domestic rivals United have had in Ferguson’s time.

7. 2010-11: Won by nine points from Chelsea on May 14 (one game to spare)
The fact that this was arguably the weakest of Ferguson’s title sides makes this one of his worthier achievements – especially as it was United’s record-breaking 19th title. The squad was a peculiar mix of youth and experience, humility and arrogance, flair and diligence. It’s hard to imagine anyone but Ferguson getting so much out of them.

8. 2007-08: Won by two points from Chelsea on May 11 (no games to spare)
The season was ultimately defined by victory in Europe, although United were pushed all the way domestically by first Arsenal and then Chelsea. This was a squad triumph, the first season in which Ferguson did not really have a best XI. Cristiano Ronaldo hammered 31 league goals, and United scored four or more in nine of their 38 games.

9. 2008-09: Won by four points from Liverpool on May 16 (one game to spare)
A slightly colourless triumph built more on defence than attack, with United keeping a record 14 consecutive clean sheets. Attacking flourishes were fairly infrequent, although there were two comebacks for the ages against Aston Villa and Spurs in April. The fact they overcame Liverpool, and after Rafael Benitez’s clumsy, prepared speech, made victory all the sweeter.

10. 1993-94: Won by eight points from Blackburn on May 2 (two games to spare)
Ferguson’s first great side were an intoxicating fusion of testosterone, tempo and technique, with a scarily strong spine. Although Blackburn cut a 14-point lead to just three at the start of April, it would have been a major shock had United failed to retain their title. The 5-0 demolition of a good Sheffield Wednesday side was an exhilarating highlight.

The challengers were weak, and no English champions have had a lower points total in the era of three for a win. But still no mean feat given that United concentrated on the European Cup. Lost 5-0 and 6-3 in consecutive games at Newcastle and Southampton in October, before upping their game after Christmas in familiar style.

A title that was partly won on the beaches of Brazil. When United went to Brazil for the World Club Championship and some mid-season sun, their rivals caught a cold: Arsenal, Liverpool and Leeds all queued up to drop points. United, scoring goals in industrial quantities, won the title at a canter.

The easiest of the lot. United were so superior that they won a third consecutive championship on autopilot, in effect by New Year’s Day and actually on Easter Saturday. Teddy Sheringham was player of the year but a 6-1 demolition of Arsenal aside, this was relatively unmemorable. — © Guardian News & Media 2013