Rape in SA: Resolve, tenacity must prevail against the noise 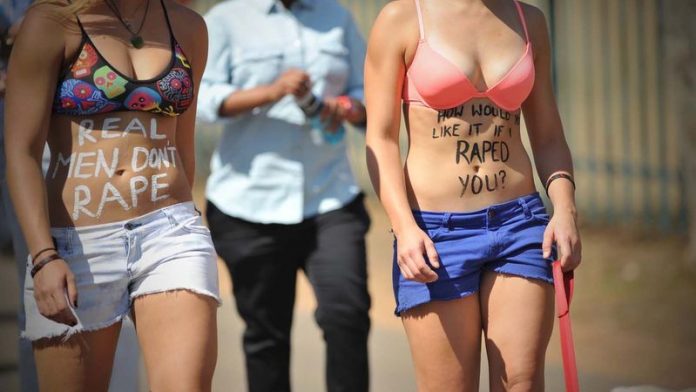 I am a panellist on SABC2's Big Debate. The subject is violence against women and the discussions are dense with mismatched ideas.

A sample: Satanism stalks our schools. We live in a demoncrazy – not a democracy. Women who wear 3cm skirts abuse men. Patriarchy is deeply rooted in our lives and thinking. The budget increase for the Thuthuzela Care Centres shows that the government takes rape seriously.

The past intrudes often – that other country where they do things differently and rape is unheard of.

And so this eccentric and disintegrating conversation circles, producing neither consensus around the causes of sexual violence in South Africa nor the basis for ­collective action. In this it is no different from the many other episodic, fragmentary and disjointed discussions around rape taking place on talk shows, in newspaper columns, tweets, blogs and Facebook posts.

Opinion and moral outrage bloom everywhere. Slutwalks convene in Cape Town, Durban and Johannesburg. Some of us wear black, some ring bells and still others dance, one billion rising. Prayer and exorcism mingle with hanging and castration and come up hard against programmes to transform men and women's gendered relations.

Moral outrage
Only two things are certain: the moral outrage will soon gust and declaim its way to the next sensation, whereas the singular, disparate events – because they are disconnected from programmes of action – will remain feel-good spectacles of personal catharsis.

But this is not to disparage all that has been said and done. For in and among the noise and clamour can be discerned those building blocks of social change: solidarity, protest, challenge and commitment.

Solidarity is present when people seek to identify what already exists and ask how to support and strengthen that, instead of splintering and fragmenting efforts further. Solidarity is also present when people donate time, skills or money to rape services and then extend its expression to communities distant, unknown and unequal, whether through maintaining or refurbishing premises, donating airtime, clothing, toys, sanitary towels and office supplies, or organising fundraisers.

There, too, is place for spectacle in our repertoire of actions; protest need not come with furrowed brow and earnest sigh. But it is context that determines whether actions pose a genuine challenge to the established gender order, or function only as feel-good catharsis.

Take the current gospel of responsibilisation we are preached that reinvents women as calculators, ­endlessly analysing the costs and benefits of walking, dressing, working, socialising, drinking, going here versus going there. Against this backdrop a slutwalk in broad daylight, down leafy suburban streets or well-policed city streets, threatens little. True protest, on the other hand, is a miniskirt march through Johannesburg's Noord Street taxi rank at midnight, taking back the night and owning public space.

But because systems are both too ­cumbersome and too cunning in their resistance to change, and human behaviour is too complex to be altered through sloganeering alone, ­commitment is perhaps the most important and the most ­difficult trait to cultivate. It is there when three months after the initial outrage the willingness remains to write to Parliament/the city council/the police about the same issue again. It emerges when we take the time to educate ourselves about sexual violence and its causes, instead of yelling for the death ­penalty and assuming the problem has been solved.

It is evident when we take the time to ensure that children's schools have copies of all policies and protocols guiding the handling of sexual offences and that staff are adequately trained to deal with such cases. It shows itself in community police forums that invite local organisations dealing with rape to visit stations and audit their compliance with the 2007 Sexual Offences Act. Where full compliance does not exist, it means acting – and ­routinely so – to bring stations to standard. And it means doing these things again and again before turning the page, or clicking to "like" the next cause.

Lisa Vetten is an independent researcher specialising in violence against women