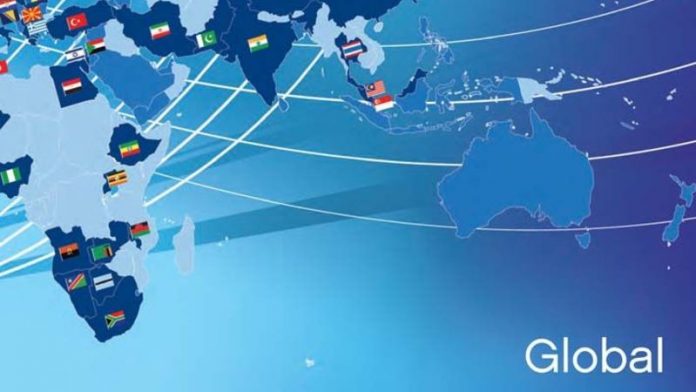 The 2012 Global Entrepreneurship Monitor (Gem) report, which was released earlier this year and surveyed 198 000 adults in 69 countries, shows that in comparison with other emerging countries South Africa continues to fare dismally in creating new entrepreneurs.

Last year fewer adults were involved in starting up a business than in 2011, with South Africa's total early-stage entrepreneurial activity (TEA) rate – the percentage of adults involved in starting firms younger than three-and-a-half years – falling from 9.1% in 2011 to 7.3% last year.

This puts South Africa below the average for efficiency-driven economies of 14.3% of adults involved in starting their own business.

South Africa's TEA rate has fallen back to similar levels as those in 2008, and Herrington attributes this decline to the country returning to pre World Cup levels – which in 2008 stood at 7.8%.

Herrington, who is also the director of the University of Cape Town Graduate School of Business's Centre for Innovation and Entrepreneurship, said entrepreneurs are vital to South Africa if the country is to create more jobs and new products and enhance productivity.

However, he said that before it can hope to improve entrepreneurial support, South Africa needs to fix its various long-term problems such as its poor health and education systems and corruption and crime.

The 2012 Gem report also shows that the percentage of youth in the country starting businesses is lower than that of eight other sub-Saharan countries, despite the country's 48% youth unemployment rate.

Low rate of entrepreneurship
South Africa ranks the worst against the same eight countries – Uganda, Ghana, Malawi, Nigeria, Zambia, Namibia, Ethiopia and Botswana – when it comes to how the youth rate their entrepreneurial capabilities.

In South Africa, 40% of youth believe they have the capacity to start a business, against an average of 69% in the other eight sub-Saharan countries. Herrington said that a culture of entitlement is affecting young people, who also misunderstand what it means to be an entrepreneur – for instance believing it is a quick route to easy wealth, while in reality it often takes years for a business to take off. Few entrepreneurs hit it big, most just teeter along.

"If South Africa doesn't get a wake-up call soon we are not going to be the number one country in Africa", he said, alluding to the country's continuing low rate of entrepreneurship.

In light of the country's high youth unemployment, the youth are often told by the government and by business support officials that if they can't find a job then they can always start their own business. Yet young people often lack business experience, education and collateral.

The report suggests that if South Africa is to support more job-creating entrepreneurs, it must back entrepreneurs who are motivated by the opportunity to start a business, rather than those who are driven by necessity or the need to survive.

Opportunity-driven entrepreneurs hire an average of six people during the firm's first three-and-a-half years, compared to necessity entrepreneurs who employ on average just two people. The former are more likely to fall between the ages of 35 and 44, be male (61%) and have a tertiary education.

When considering education among the former group, entrepreneurs with some university education employ 5.5 people, compared to 1.2 for those with just high school education.

The government has scaled up incubation support, launching nine new incubators last year, to bring the total number of Small Enterprise Development Agency (Seda) incubators to 44. Yet too many of these are aimed at young, unemployed or poorly skilled people.

Universities, angel investors and the government should team up to incubate smart ideas coming out of universities and attract innovative entrepreneurs that can turn the research and development housed in these institutions into viable products and services.

However, one interesting finding by the report is that black entrepreneurs have the highest rate of perceived opportunities of the four race groups. This is possibly attributed to the increasing number of black economic empowerment (BEE) opportunities and support for black entrepreneurs. The need to run a business because of unemployment is also the highest in this group.

Business owners
Experts in the report believe that the additional weighting that has given to enterprise development in the draft BEE codes has the potential to open up the market more to new and growing businesses. However, black youth also have the lowest rate of perceived capabilities, possibly because of the legacy of Bantu education.

Another problem in supporting young people to start their own businesses is that they may leave their businesses and return to formal employment when they get a job offer. Despite this, the report found that 89% of the youth say they want to remain business owners in the long term. The report found that only 2% of youth pursue entrepreneurship out of necessity. However that percentage is highly unlikely, given the 48% unemployment rate among youth.

Youth are more likely to report that they are taking up an opportunity, even if it is as a result of not being able to find a job, particularly if they have families to fall back on for income support. In an International Labour Organisation youth study in the Free State last year, 49% of youth reported that the most important reason for them to pursue entrepreneurship is unemployment.

Support should also be clearly differentiated in the entrepreneurial pipeline – such as potential, intentional, early-stage and established entrepreneur support that is specific to their particular needs.

Allon Raiz, chief executive of business incubator Raizcorp, believes that although education can help improve someone's entrepreneurial capabilities, too much education can make them more risk averse. He said that younger people have more tenacity when it comes to struggling to start a business than older people do.

South Africa must get the basics right by fixing the education system. This will ensure that a more able youth has the choice of entering the workforce or starting businesses.

In this way the young people who start businesses will be those with smart ideas who spot good opportunities, rather than those who do so out of shear desperation.

This feature was made possible by the Mail & Guardian's advertisers. Content and photographs were sourced independently by the M&G's supplements editorial team