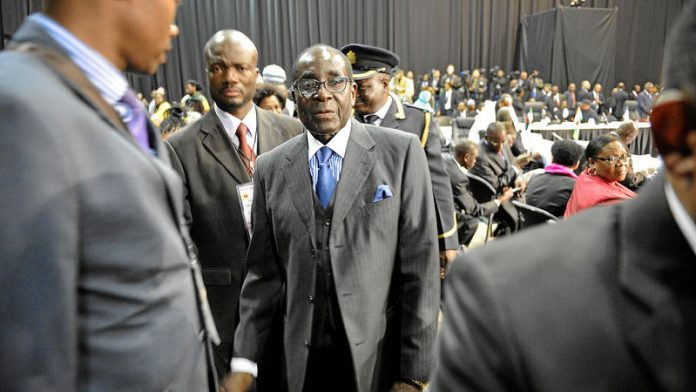 Zimbabwe President Robert Mugabe's Zanu-PF is frustrating moves by the Southern African Development Community (SADC) to ensure free and fair elections in the country and has made moves to shut out President Jacob Zuma's facilitation team.

The Mail & Guardian has established that Mugabe and Zanu-PF not only want to sideline Zuma's team from Zimbabwe's preparations for the polls, but also do not want the SADC's troika representatives, from Tanzania, Zambia and Namibia, who have been commissioned by the regional body to help with poll preparation, and have shut the door on United Nations representatives.

Senior party negotiators representing both the Movement for Democratic Change-Tsvangirai (MDC-T) and Zanu-PF, a SADC representative, a government minister and Zanu-PF politburo member this week confirmed to the M&G that Mugabe and Zanu-PF were opposed to Zuma's facilitation team playing a central role in election preparations and have decided to brush them off during their visits.

A SADC representative who cannot be named said Zanu-PF was snubbing the team. He said the team had been in and out of the country, sometimes for as long as a month, attempting to secure access to the joint Zanu-PF and MDC meetings without success.

He said they had been told off the record that their presence was unnecessary and tantamount to interference in the running of government. SADC had mandated the team to work with Zimbabwe's parties to ensure a free and fair election at its 2011 Livingstone summit.

After that meeting, Ncube, who is also the trade and industry minister, said the team had been unable to meet Mugabe as his office indicated he would be unavailable "indefinitely".

Another government official confirmed that Zuma's team had been snubbed. "There is growing hostility and tension between Mugabe and Zuma because Mugabe and his party, Zanu-PF, have decided to snub Zuma's facilitation team.

"That is why Zuma's team was told Mugabe would be unavailable. Remember, last month Zuma's team was blocked from attending meetings with the Jomic [Joint Monitoring and Implementation Committee] by Zanu-PF representatives on the committee. SADC envoys have also been brushed off by Mugabe and his party. Now, it is the UN."

Jomic is the committee set up by the unity government to ensure implementation of its agreement, the Global Political Agreement. It also ensures dialogue among the parties and deals with complaints from parties that relate to the unity agreement. All the parties are represented on the committee.

Last month, it was widely reported in the government-controlled Herald as well as independent newspapers that Maharaj, Nqukula and Zulu, who were assisted in their work by the South African ambassador to Harare, Vusi Mavimbela, left Harare after Zanu-PF politburo members Nicholas Goche and Jonathan Moyo refused to allow them into Jomic meetings, saying their presence was not needed as it would be an infringement on Zimbabwe's sovereignty.

In a telephone interview from London, Zulu said it was not true that her team was denied a meeting with Mugabe and that they were returning to Harare on April 30 to meet Jomic as well as party negotiators to discuss outstanding issues in the Global Political Agreement.

She confirmed, however, that there had been problems with the SADC facilitation team as Zanu-PF had issues with its terms of reference, but said it had been resolved after Zanu-PF was reminded that the terms had been set out by the Livingstone summit.

A Zanu-PF politburo member said the party had resolved that Zuma's team was "overstepping its mandate" of being a facilitator by sitting in on Jomic meetings.

Sources close to the Jomic proceedings said Zuma's envoys returned to Harare last week and met Jomic co-chairs MDC-T's Elton Mangoma, Priscilla Misihairabwi-Mushonga of the smaller MDC and Goche, but failed to resolve the deadlock over whether they should be allowed to attend full Jomic meetings.

United Nations shut out
In moves perceived as an attempt to avoid scrutiny of Zimbabwe's political and security situation before the elections, Mugabe and Zanu-PF are also refusing to co-operate with a UN electoral mission that was recently blocked from entering the country.

The UN team abandoned its mission to Zimbabwe last week, after it waited in Johannesburg for days as Zimbabwe's government refused to give the green light for its visit.

The UN team, led by Tadjoudine Ali-Diabacte, a former member of the Togolese Election Commission who has served as an election observer for the National Democratic Institute, was to carry out a needs-assessment mission before deciding whether to fund Zimbabwe's elections after the country requested election funding.

Justice minister Patrick Chinamasa said the UN team was not welcome because of a disagreement over its terms of reference. The UN mission wanted to meet political parties and civil society organisations, whereas Zanu-PF wanted it to interact only with parties and electoral institutions.

Moyo later told the media that the UN team was barred because of its "corrupt terms of reference".

UN country representative Alain Noudehou said the UN mission was still willing to visit Zimbabwe, but Zanu-PF ministers insisted it was not welcome.