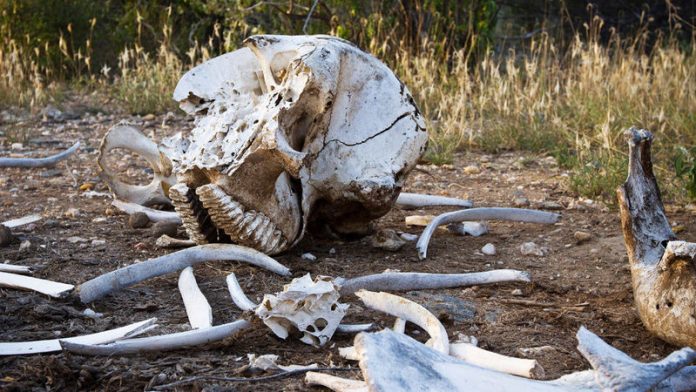 The killings were part of a wider surge in poaching, fuelled by growing Asian demand for ivory, that threatened the region's entire elephant population, eight organisations said on Friday.

Impoverished but mineral-rich Central African Republic (CAR) was plunged into turmoil in March when rebels charged into the capital and ousted President François Bozizé.

The World Wildlife Fund (WWF) said its offices in the protected Dzanga-Sangha area had been looted three times in the past month and it had pulled out staff.

"The situation is really quite dangerous," said the WWF's head of policy in the region, Bas Huijbregts.

Dzanga-Sangha, a Unesco World Heritage Site, is home to 3 400 forest elephants, smaller than their cousins on the African savannah with straighter, slimmer tusks.

Tackle the rampant poaching
The WWF said it and other campaigners had "received alarming reports from their field operations that elephants are being slaughtered in the violence-ridden Central African Republic … initial reports indicate it may be extensive."

Eight conservation organisations working in the Congo Basin met in Brazzaville to propose ways for governments to tackle the rampant poaching, which claims an estimated 20 000 to 30 000 African elephants each year.

The groups, who also included the African Parks Network, Traffic and the Wildlife Conservation Society, called on the African countries to build up their links with China and Thailand, two of Asia's biggest ivory importers, to find a solution to the crisis.

Representatives from the region's governments will meet next week to discuss the proposals.

Rhinos have already been hunted to extinction in the region due to demand for their horns for Asian medicinal concoctions. – Reuters

The Covid-19 pandemic has hit the tourism industry hard, making it evident that the protection of biodiversity requires other forms of protection such as stewardship
Read more
Africa

Nine countries will go to the polls this year, but most will be held amid violence and suppression
Read more
Advertising
Continue to the category
Politics