Muthoni, the dread of the empire 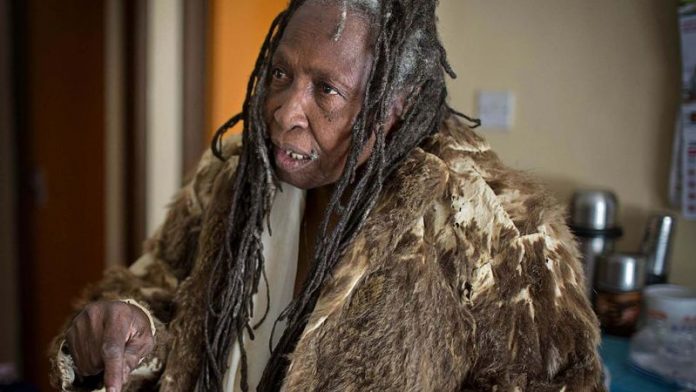 In her small home in the verdant hills that surround Nyeri, in central Kenya, wa Kirima seems like just another grandmother.

Visitors are welcomed with elaborately prepared tea and seated on the threadbare sofa or armchairs. The few pieces of modest furniture are strewn with sepia photographs and assorted keepsakes from her 83 years. It's only when she removes her headscarf and a cascade of matted dreadlocks falls to the sitting room floor that there is a hint of her extraordinary life.

The hair, which she calls her "history", is snow-white at the roots, darkening to black at the tips, and has remained with her since the 1950s, when she took to the forests of Kenya's Aberdare mountains to fight the British.

Even in her twilight years she is known to all as the "field marshal" – a title given to her when she fought in the Mau Mau uprising, a failed colonial-era revolt that many historians credit with being the beginning of the end of the British empire. The dreads will remain uncut, she says, as long as those who fought hardest to create Kenya are denied its benefits: "The fruits of independence have not been enjoyed by the people who sacrificed most," she says.

It has been 50 years since Britain relinquished control and Jomo Kenyatta became the first president of the independent country. Last week his son, Uhuru (which means "freedom" in Swahili), was inaugurated as the fourth president.

His ascent to power has refocused attention on his father's legacy, which included a very uneven distribution of land. The Kenyatta family and a small minority of their kinsmen in the Kikuyu tribe amassed vast fortunes in the postindependence era, including enormous land holdings that have stoked resentment among Kenya's patchwork of other ethnic groups.

The field marshal still remembers meeting "Mzee", as Kenyans call Jomo Kenyatta, in 1963. Along with a hard core of other Mau Mau fighters – a Kikuyu resistance movement that drew heavily on local culture and rituals – she had fought on after the main revolt was bloodily put down by the British.

Sidelined and forgotten
"Mzee thought I was joking when I said we had come from the forest and then he cried for us."

Kenyatta had been accused by the British of leading the Mau Mau and imprisoned. He denied the charge at the time and after independence his government favoured many of those who had collaborated closely with the colonial overlords. The resistance fighters, thousands of whom had suffered torture or forced labour in British-run concentration camps, were largely sidelined and forgotten.

She is gentle in her assessment of Kenyatta, saying that: "When you are at the head of the table it is natural that you serve yourself the most."

But she is scathing in her assessment of the effect of the greed of independence leaders and their successors, whom she blames for the widespread poverty and inequality that still dog the country.

"Most of us were hoping for compensation from the government, but we are still waiting. After all this effort – what have we got? We were like dogs that are forced to lick up what they had just thrown up.

"There is no justice in Kenya," she says.

The deprivations suffered by the Mau Mau are keenly remembered. Fields were burnt and villages were emptied to flush out the guerrilla fighters. Rivers were poisoned, the forests were strafed from the air and bombs dropped almost at random.

Muthoni herself was wounded on two occasions but never caught. It was her speed and daring – proven during single-handed raids for food from the colonist's farms – that marked her out to the Mau Mau's revered leader Dedan Kimathi, who made her the only female field marshal.

In a burst of enthusiasm, the field marshal goes to a back room in her home and re-emerges with a well-worn animal hide jacket she wore during her fighting days. Wrapping her frail frame in it once more she points to the tattered sleeves and explains that when they were desperate for food they would tear small pieces from their clothes and eat these to survive.

The ghost of Dedan Kimathi still haunts Muthoni, who believes that Kenya would have become a different country under his stewardship. The Mau Mau leader was captured by the British in 1956 and tried as a "terrorist". After hanging him, the colonial authorities had him buried in an unmarked grave.

A black-and-white photograph of the young Kimathi with his trademark short dreadlocks is kept in her parlour. It sits inside a plastic snow shaker – the gift of an American researcher who had it made for her.

Muthani finds it depressing that "only white people" come to talk to her these days, including a Californian filmmaker who wants to turn her life into a movie and has been teaching her to use Skype.

She is reluctant to discuss Kenyatta Jnr, who was swept into power on the back of a tribally charged campaign that saw near-total support from the Kikuyus. When asked what she thinks of the son of Mzee she prefers to recite a cryptic saying from her native Gikuyu language: "From the womb comes a warrior, a king, a rich man, a criminal and a killer."