The market is no friend to nature 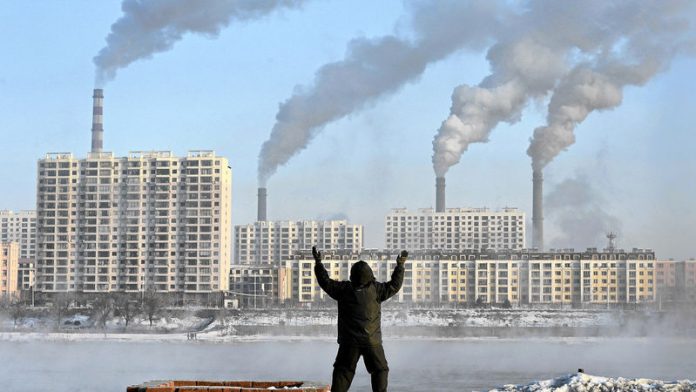 Governments anathematise governance. They declare their role redundant and illegitimate. They launch furious assaults on their own branches, seeking wherever possible to lop them off.

This self-mutilation is a response to the fact that power has shifted.

States now operate at the behest of others. Deregulation, privatisation, the shrinking of the scope, scale and spending of the state: these are now seen as the only legitimate policies. The corporations and billionaires to whom governments defer will have it no other way.

But the interchangeable middle managers who call themselves ministers cannot wholly dismiss the wishes of the electorate. They must show that they are doing something to protect what people value. They resolve the contradiction between the demands of the electorate and the demands of big business by shifting their responsibilities to something they call "the market". This term is often used as a euphemism for corporations and the very rich.

To justify the policy of marketisation, they invest the market with magical capabilities. It can reach the parts that the ordinary scope of government cannot reach; it can achieve political miracles.

Less polluting alternatives
I do not believe market mechanisms are always wrong. I do believe they fail to solve the problem of power. They tend to compound it.

Last week, the European emissions trading system died. It was supposed to create a market for carbon, whose escalating price would force companies to abandon fossil fuels and replace them with less polluting alternatives. In principle it was as good a mechanism as any other. What it did not offer was a magical alternative to political intervention.

The scheme collapsed on Tuesday after the European Parliament voted against an emergency withdrawal of some of the carbon permits whose oversupply had swamped the market.

If a market is to serve a wider social goal than simply maximising corporate profit, it must operate within a tight regulatory framework.

Pricing mechanisms do not magic away the need for regulation – if anything, they enhance it. To make them work, politicians still have to confront and overcome powerful interests. They still need to govern and decide. Yet everywhere, markets are invoked as an alternative to ­dirigiste and decisive government.

To make a significant impact, the price of carbon needs to be in the region of €30 or €40 per tonne. It needs to be incapable of falling far and likely to rise. At the time of writing, the price is €2.8 a tonne, and it is going nowhere. The Economist reports that this puts European carbon permits "below the level of junk bonds".

Incentives
In an important respect, the scheme has been worse than useless. New airports, roads and power stations have been justified with the claim they will not raise emissions, as the greenhouse gases they produce will be absorbed by cuts made elsewhere. The one lasting impact of the European carbon market has been to rationalise polluting projects that might not otherwise have been built.

But even as this scheme collapses, governments are launching new ones, creating markets that are far less appropriate – even in theory – than the trade in carbon.

Last month, the United Kingdom's Ecosystem Markets Task Force, a body set up by the government, but largely composed of company executives, published its final report. It invokes the magic of the markets to fill the gap left by the withdrawal of democratic governance. Not everything it proposes is dangerous and wrong. Creating incentives to reforest the hills from which rivers flow, or for farmers to use anaerobic digesters to process waste makes sense: as long as it redeploys rather than augments farm subsidies.

But in other respects an attempt to reconcile the protection of the living planet with commerce simply turns the biosphere into another ­corporate asset.

For instance, the taskforce revives the old myth that nature is best served by harvesting timber. As long ago as 1995, a paper by the biologists Clive Hambler and Martin Speight showed that of the woodland insect species listed as threatened in Britain, 65% were threatened by the removal of old and dead wood, whereas just 2% were threatened by a reduction in this management. But the taskforce maintains that bringing "unmanaged woodlands into active, sustainable management for wood fuel … is a win-win for business and nature". Just as the myth was at last being laid to rest, it has been revived by the need to make nature and markets appear compatible.

This is an example of what happens in a market-based system: any clash between generating profit and protecting the natural world is resolved in favour of business, often with the help of junk science. Only those components of the ecosystem that can be commodified and sold are defended.

Nature is worthy of protection when it is profitable to business. The moment it ceases to be so, it loses its social value and can be trashed. As prices fluctuate or crash, so do the fortunes of the ecosystems they are supposed to protect. As financial markets move in, with the help of the environmental bonds and securitisations the taskforce champions, the defence of nature becomes ever more volatile and uncertain. The living planet is reduced to a subsidiary of the human economy.

When governments pretend they no longer need to govern, when they pretend that a world regulated by bankers, corporations and the profit motive is a better world than one regulated by voters and their representatives, nothing is safe. All systems of government are flawed. But few are as flawed as those controlled by ­private money. – © Guardian News & Media 2013