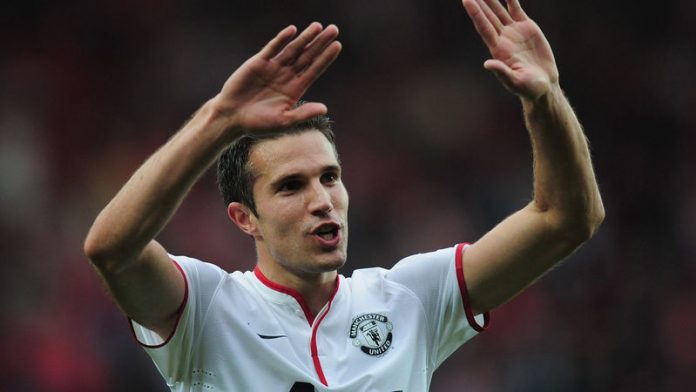 Van Persie left Arsenal in an acrimonious £24-million transfer last year and has been a revelation in his first season at Old Trafford.

His hat-trick at home to Aston Villa on Monday took his tally for the campaign to 24 league goals and secured the title for United, which Arsenal have pledged to acknowledge by forming a guard of honour for the visiting team.

The sight of Van Persie being applauded on to the pitch as a league champion by his former team-mates is liable to provoke strong feelings among the Arsenal support, but Ferguson believes the Dutchman will not be fazed.

"There was a bit of booing when he played (against Arsenal) at Old Trafford, and I expect a portion of fans will do that. That is the modern generation, I am afraid.

Move on
"For Arsenal to have one of their players go to their biggest rivals of the last 20 years doesn't sit well with their fans, nor Arsene (Wenger, the Arsenal manager) for that matter.

"But it does happen. You just have to move on. Arsenal have moved on now. They are challenging for a Champions League place and have every chance of getting one."

Ferguson has urged United to go on and break the Premier League points record of 96 by winning their four remaining games, but Sunday's showdown will be of far greater significance to the fight for Champions League qualification.

Arsenal, in third, fourth-place Chelsea, and fifth-place Tottenham Hotspur are currently separated by just two points, but Wenger's side are at a disadvantage as they have played a game more than both of their rivals.

However, their form is excellent, with six wins in their last seven matches, and Wenger believes his side's performances prove that Van Persie has not been unduly missed.

"What you want to focus on is that when the big players go, you just want to get around it and try to find a new organisation that is efficient," he said

New Balance
"You always miss a big player. The only thing I can say is it took us a while to get around it, but if you look at the number of goals we've scored, it's similar to last season (1.91 goals per game compared to 1.95).

"It took us a while to find a different way because the game went through him (Van Persie) a lot. We had to find a new balance between defending and attacking, but now we are stabilised."

Wenger finds himself with another striker-shaped hole to fill ahead of Sunday's game, as Olivier Giroud is suspended after he lost an appeal against the red card he received in last weekend's 1-0 win at Fulham.

In the Frenchman's absence, Theo Walcott and Lukas Podolski will compete for the right to spearhead the home side's attack.

Ferguson has dismissed suggestions he might elect to field a weakened side and says he will select his strongest available team out of "duty" to Arsenal's rivals in the battle for a top-four finish.

United have enjoyed a superb record against Arsenal in recent seasons, winning nine and losing just one of their last 11 encounters in all competitions. – Sapa-AFP