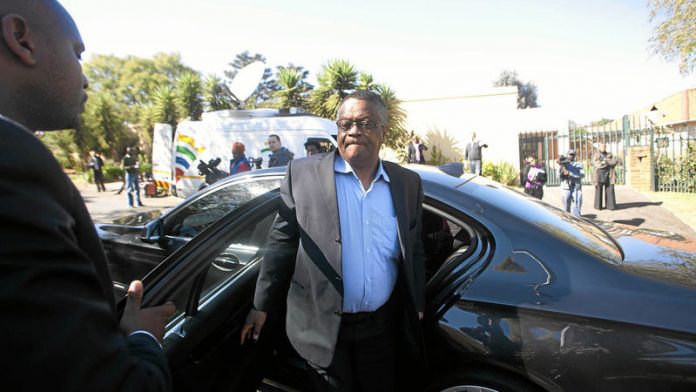 Democratic Alliance (DA) chief whip Watty Watson on Friday wrote to the speaker of the National Assembly – Max Sisulu – requesting the Bill to be put to vote again after ANC chief whip Mathole Motshekga was wrongfully recorded as voting against the controversial piece of legislation.

Although all opposition parties continued to object to the Bill, with some raising limited concerns and others rejecting it outright as a threat to democracy, the ANC-majority won and the Bill was adopted by 189 votes against 74, with one abstention.

This version of the Bill differed considerably from the one the ANC drove through the legislature amid an outcry in 2011, before a raft of changes were introduced by the National Council of Provinces.

Motshekga claimed his vote was incorrectly recorded due to a glitch.

"On a Bill as controversial as this, and which has a high likelihood of ending up in the Constitutional Court, it is essential that Parliament is not embarrassed for its inability to do its job correctly," Watson said.

'Minor glitches'
But Motshekga's office said it did not support the DA's motion for a re-vote as "minor technical glitches" occur "sometimes".

"No technological system in the world is immune from technical malfunctions," the ANC chief whip's office said via a statement.

The ruling party added that the DA should have raised the matter in a different manner than one that casted aspersions on the legality of parliamentary processes.

"Seemingly the DA is clutching at straws and is resorting to some futile filibustering expedition with a hope to frustrate a democratic decision of the National Assembly. It is naïve to hope to quash a democratic process on technicalities," the ANC statement read.

The governing party added it had done sufficient work to ensure Bill would pass any constitutional test.

"We as the majority party in this institution, we are not losing any sleep regarding the threat to challenge the constitutionality of this Bill in the Constitutional Court."