Chiefs fail to take charge against Stars in title-decider 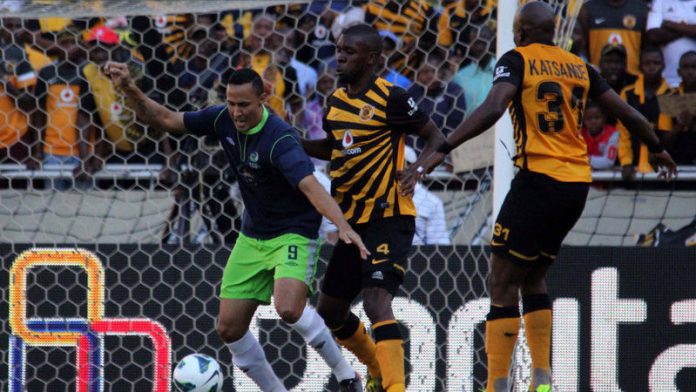 The draw at the Peter Mokaba Stadium in Polokwane on Sunday keeps Chiefs top of the table, but the Soweto side had the opportunity to get within touching distance of the title had they claimed maximum points.

In a match billed as the title-decider ahead of the encounter, Stars kept themselves in the hunt for the title, but remained six points behind Chiefs, with three games remaining this season.

Chiefs dominated for large parts of the game, while Stars were twice denied in the first half.

Chiefs were in with an early chance after Siphiwe Tshabalala was brought down on the edge of the area, and was awarded a set-piece in a dangerous position.

Tshabalala was, however, unable to keep his shot down and hit his effort high of the target.

Shortly after, Tshabalala delivered an accurate ball into the area from a corner, which found Tefu Mashamaite on the edge of the area, but Stars goalkeeper Siyabonga Mpontshane made a simple stop for his first of the day.

Pressure
Chiefs continued to pile on the pressure after Bernard Parker went just wide of the posts in the 12th minute, after a ball over the top found the attacker, who beat his marker before dispatching a shot at goal.

Stars began finding their feet in the 18th minute and had their best chance of the opening period when Henrico Botes showed superb skill to back-heel a cross played into the box, hitting the upright in the process.

Chiefs threatened again on the half-hour mark when Tshabalala picked up a deflected ball inside the area and attempted to chip Mpontshane, but a retreating Stars defence was able to get back in time and clear the danger.

Four minutes later, Chiefs linked up well to put Kingston Nkhatha through on goal from close-range, but the former Black Leopards attacker pushed his shot wide and watched as the ball trickled past the far post.

Stars were denied for a second time three minutes from the break, when Robert Nga'mbi rattled the crossbar after a goalmouth scramble from a Stars set-piece.

The scramble left Chiefs goalkeeper Brilliant Khuzwayo, on debut, out of position and in trouble.

Brighter Stars
Stars came out after the break looking the brighter and forced a superb diving save from Khuzwayo to keep out Benson Mlhongo's close-range headed effort.

With the sides keeping each other at bay for most of the second half, second-half replacement Matthew Rusike had the best chance for the Amakhosi in the 80th minute.

He forced a good stop from Mpontshane, who advanced out of his goalmouth and met Rusike inside the area, before pulling off a solid block to deny the youngster.

Stars piled on the pressure late in the second period but lacked clinical touches in the final third of the game as Botes, Thuso Phala and Nga'mbi came close but failed to trouble Khuzwayo in goal. &ndash; Sapa

With a nation watching, Jomo Cosmos is one side look to use the Nedbank Cup to rediscover their prestige.
Read more
Advertising
Continue to the category
Politics