Ludeke: Bulls had to fight for win against Waratahs 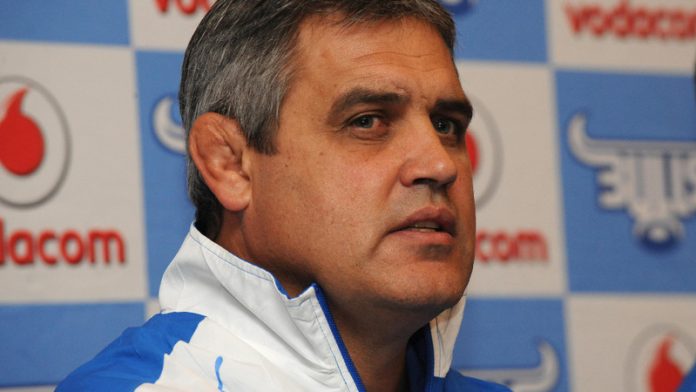 A last minute try by Bulls pivot Morné Steyn at Loftus Versveld on Saturday wrapped up a hard-fought 30-19 victory over the Waratahs, who scored three tries to the two of the home side.

"We kept our cool, forced the big moments and turnovers, and that try at the end is why the score ballooned," said Frans Ludeke.

"It is an important result for us playing at home and we were behind with 10 minutes left in the match … They had all the momentum and the initiative but we've showed character too in the match."

Steyn was instrumental in the match, contributing 25 of his side's points through his try, six penalties and a conversion.

His stellar performance with the boot made all the difference as the Bulls struggled to breach the Waratahs' defensive line.

He kept the scoreboard ticking over in the first half and if it was not for a Israel Folau try shortly before the half-time break, the first half would have belonged to Steyn.

Steyn's crucial role
Ludeke emphasised the crucial role Steyn played not only in this match but for the Bulls as a whole.

"Morné is a game breaker and he is worth a lot for us, not just on the field of play and the way he executes, but the energy and leadership that he brings to the backline," Ludeke said.

"He is working hard and it is great when a player like that gets the reward between the four lines."

The victory consolidated the Bulls' position at the top of the South African conference and third place on the combined Super Rugby log.

As the race towards the playoffs intensifies, banking the full complement of bonus points becomes a necessity. But Bulls captain Pierre Spies explained this was easier said than done.

"It was really a tight contest and we struggled to score tries when we were down at their area but that is how the game unfolded," Spies said.

"Scoring the four tries in a game is hard work and you don't always get that, the result is always what we chase and that is what we did tonight … I don't think the score reflects the game at all, it was a hard fought game and that try at the end ballooned it a little bit."

'Difficult'
Spies said the Waratahs forced the Bulls' hand to go for the posts as their defence proved impenetrable in the first half.

"They came here with a mission and they made it really difficult for us in the beginning. I thought we couldn't get proper reward in the first half and we built that innings by going for the posts," he said.

"Last week against the Kings our attack was fluent and everything was great but this week was different playing against a hungry defensive team which made it a dog fight to get points on the scoreboard."

Meanwhile, Waratahs coach Michael Cheika was in a rampant mood as he ripped into Argentine referee Francisco Pastrana's officiating in the match.

The irate Aussie said while Pastrana's performance with the whistle did not cost them the game, it robbed them of valuable momentum.

'Disappointed'
"I am very disappointed with the officiating, the communication, the language, the ability to decipher and the correct decisions," Cheika said.

"We made plenty of mistakes as well mind you, but even with all those mistakes we were still dominating the attack side of the game."

Spies, however, could not find any fault with Pastrana's performance on the night but admitted that the sides coming up on top generally had little to complain about.

"I think the officiating was good tonight both ways some calls might have been questioned but it was consistent," Spies said.

"I felt the referee was easy to speak to and easy to listen to and he was clear in his descriptions but when the result goes your way you are always happy." – Sapa