Marikana: Police did ‘not anticipate’ reaction 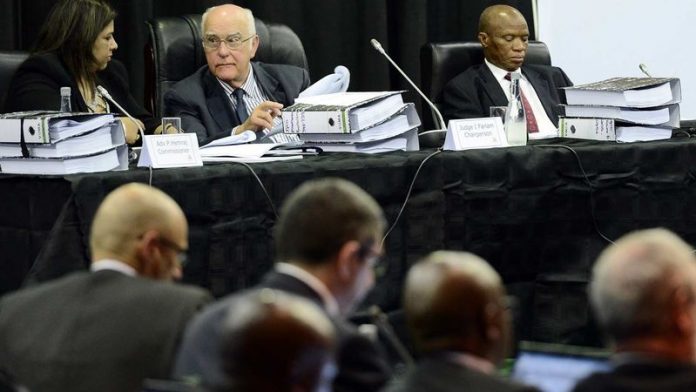 Major-General Charl Annandale, who led the police special tactical operations team, said on Monday no one considered the possibility that the miners would see the situation as an attempt to encircle them. It was therefore not anticipated that the miners would try to breach the barbed wire or run ahead of the path of police Nyalas deploying the wire.

The commission is holding public hearings at the Rustenburg civic centre into the events at Marikana on August 16.

On that day, 34 striking miners were shot dead and 78 wounded when the police opened fire on them while trying to disperse a group gathered on a hill near the mine. In the preceding week, 10 people, including two police officers and two security guards, were killed in strike-related violence near the mine.

Evidence leader Geoff Budlender said evidence suggested that deployment of the wire took about nine minutes. "Did no one say: 'If it takes a long time to roll out the barbed wire some protesters might run out, in front of [it]'?"

Annandale said this was the first time he had heard that it took nine minutes to unroll the wire. "In the past 17 years, on the basis of experience gained in police operations … and also on the basis of my personal experience of 30 years, people would [normally] move away from an obstruction of this kind."

He earlier denied the plan intended to encircle the miners with the wire. Budlender cited evidence from two policemen involved in the wire manoeuvre, who seemed to think encircling was the aim of the exercise.

Decision-making
Ishmael Semenya, for the police, said the word did not refer to the use of wire, but to the action of surrounding protesters with police members.

Earlier, the commission heard that a police decision to end the gathering of striking Lonmin miners at Marikana was taken before the fatal shooting.

Budlender said this emerged in a joint operations centre (JOC) briefing held at 1.30pm on August 16. Provincial police commissioner Lieutenant-General Nosaziso Mbombo took the decision and communicated it to her deputy the night before.

Annandale said he could not comment on the discussion between Mbombo and her deputy Major-General William Mpembe.

Budlender referred to a video clip and press cuttings about the situation at Marikana before the 1.30pm meeting.

The video shows Mbombo talking at a press briefing in the morning, saying police would ask protesters to disperse, and adding: "Today we are ending this matter."

Police had expected the miners to disarm on August 16, after Association of Mineworkers and Construction Union president Joseph Mthunjwa urged them to do so. In the event, the protesters did not heed Mthunjwa's advice.

Budlender said in other evidence before the commission there were indications police only intended to move in on protesters, referred to as "stage three" of the plan, if the risk of violence escalated.

"In the event, a decision had already been taken to implement stage three, even though no escalation had taken place … that was a deviation from the original plan."