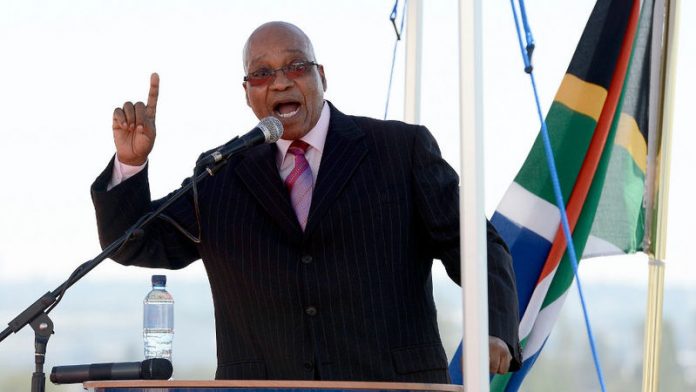 A full Bench of judges at the North Gauteng High Court will now hear the Democratic Alliance’s application to gain access to transcripts of the alleged “spy tapes” that were used to have corruption charges against President Jacob Zuma.

“The case was due to be heard tomorrow [Tuesday], but the deputy judge president decided that a full Bench should hear the case instead. No date has been set yet,” DA federal chairperson James Selfe said.

The alleged spy tapes are said to be recordings of intercepted phone conversations between former National Prosecuting Authority (NPA) head Bulelani Ngcuka and then boss of the now defunct Scorpions, Leonard McCarthy.

They formed the basis of then acting NPA head Mokatedi Mpshe’s decision to drop corruption and fraud charges against Zuma in 2009.

Tuesday’s court hearing was to be the latest instalment in a protracted battle by the DA to have the recordings released. The opposition party is vying to be granted transcripts and other internal NPA documents that led to the case against Zuma being quashed.

Supreme Court ruling
In March 2012, the Supreme Court of Appeal gave the NPA 14 days to produce the documents which led to Mpshe’s decision to drop charges. Instead of producing the transcripts in April last year, the NPA handed them to Zuma’s lawyer Michael Hulley.

The DA then argued the NPA should be found in contempt of court because it had failed to comply with the court order.

The matter was further complicated as neither the president nor his legal representatives ever handed over copies of the tapes to the NPA in the first place.

When dropping the charges, Mpshe said Zuma’s Hulley had only allowed prosecutors Sibongile Mzinyathi and Willie Hofmeyr to listen to recordings of the tapes.

After Zuma’s representations, the NPA independently obtained recordings from the National Intelligence Agency (NIA) of the same telephone intercepts

The president’s legal team argues that the tapes and their transcripts formed part of representations made to the NPA by Zuma and are as such confidential.

But, the DA contends the recordings were handed over to the NPA by the NIA and cannot be seen as privileged information.