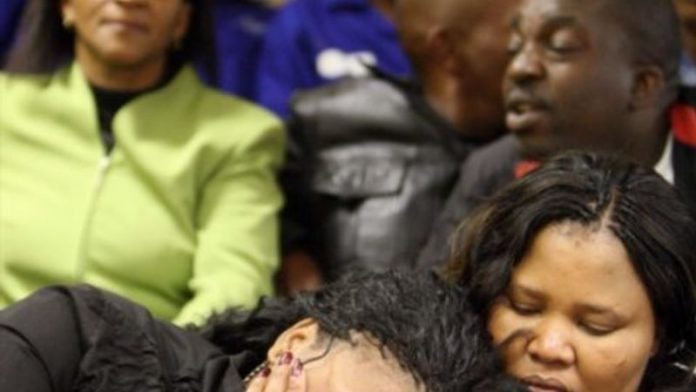 Lawmakers told the commission's leaders their investigation into the activist's death during a service delivery protest in Ficksburg in 2011 was both unsound and a waste of scarce funding.

In November, the SAHRC found police had used "excessive force" and violated many of Tatane's rights, including his right to protest and his right to life. The police ministry is challenging this.

ANC MP John Jeffery said it was unthinkable that the commission could reach its conclusion after conducting a "desktop" probe in the matter while it was in criminal court, and now almost certainly heading for civil litigation.

"It is a waste. I cannot comprehend how you think you can make a crucial finding like that without hearing witnesses," he said after the SAHRC briefed Parliament's portfolio committee on justice on its performance report.

Jeffery said the SAHRC had shown haste intervening in high-profile cases, including the Marikana shooting, without considering whether this was the proper course of action.

"You ask yourself that the SAHRC must do something and you rush off to do it, but it is not appropriate. I don't see the value of the SAHRC making a finding like that … without having canvassed all the issues.

"The commission should be careful of going into high-profile matters simply because they want to be seen to be involved."

"I think there is less sympathy from us if you are perceived to be using the money on matters for which you are not the appropriate forum."

Commissioner Danny Titus said the SAHRC had not meant to make a legal finding, but had a constitutional mandate to probe rights violations.

Titus said there was a widely accepted precedent for findings of that sort in the work of the International Red Cross and Amnesty International.

However, MPs pointed out that these were non-governmental organisations, which the commission was not.

Chairperson Lawrence Mushwana said there was clearly a difference of understanding of the role of the commission, a chapter nine institution, which he believed included flagging ignorance on rights issues.

"We also believe in what we are doing. Our finding … is not a final finding. It is a recommendation … We are [an] ombudsman."

Ignorance
Mushwana said there was "a bigger challenge" in that the SAHRC had repeatedly found senior police officers ignorant on human rights issues. This had led it to fear that the level of awareness at police stations was far lower still.

He said the police declined to be called by the commission on the Tatane case. Asked by Democratic Alliance MPs why his staff then did not subpoena them, Mushwana conceded that he had failed to enquire.

Jeffery said it was not surprising that the police refused to co-operate because they would have compromised themselves while the criminal case was pending.

African Christian Democratic Party MP Steve Swart said the SAHRC had to be mindful of the potential impact of its findings on civil cases.

The SAHRC recently clashed with the committee over its involvement in the Marikana case, which had been restricted to probing the socio-economic environment at the mine.

Initially it intended investigating the deaths of 44 miners in partnership with the Legal Resources Centre, but bowed out after MPs said there was a conflict of interest as the centre was also representing families of the victims.

Committee chairperson Luwellyn Landers offered some sympathy for the SAHRC's position, saying it may well have come in for popular criticism had it steered clear of the Marikana and Tatane cases.