Safa bosses lash out at media for tarnishing SA’s image 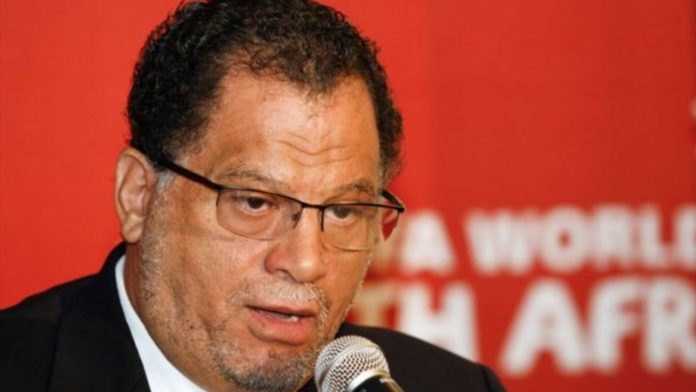 Both South African Football Association (Safa)'s president, Kirsten Nematandani and one of his deputies, Danny Jordaan lashed out at the negative press coverage the association has been getting over the past few months.

Safa says it was being subjected to a trial by the media and yet they had accounted for every penny to the soccer world governing body, Fifa.

South Africans should instead be celebrating the successful hosting of the 2010 Fifa Soccer World Cup, the fuming duo told Parliament's sport oversight committee on Tuesday.

They suggested that the negative information was being leaked to the media by individuals who have an interest in the Safa elections later this year.

"We are going for our general elections; you know what happens when such things happen. Unfortunately we find ourselves at a cul-de-sac like that one. I hope you will understand the scenario we are facing," Nematandani said.

He insisted: "There is no crisis in this organisation, not at all."

"One thing I've learned about us as a country, we start thinking after reading newspapers. Of course they have their own mission to sell their papers," he added.

'Glory be to Africa'
Nematandani said they wanted to address the issues, some of which are documents that are circulated by nameless and faceless people. "We thought, yes, it's great we have a democratic country but people must be bold and stand up if they are not happy about anything."

He said it was unfortunate that the country hosted the most successful World Cup in a hundred years and yet people around the world are reading negative stories about South Africa.

He said their finances have been subjected to much criticism. "We will to show you that there is nothing sinister about the situation we are facing. It is normal for an organisation like ours to go through such a situation because of the economic environment worldwide."

"We are an organisation that accounts on a yearly basis to our members and as you know the interests are so high everyone wants to know what's happening."

Timing
Jordaan questioned the timing of the articles, especially around the purchase of Mercedes-Benz vehicles.

He said Fifa president, Sepp Blatter, CAF president, Issa Hayatou and Fifa general secretary Jerome Valcke were all present at a ceremony to hand over the vehicles to the Safa officials, back in 2010 and 2011.

"Why is it being totally distorted in 2013? We are three years from the World Cup after 2010, and three months to the election.

"In history, proximity is a major and very telling factor. Three years versus three months. To me, that is the answer," said Jordaan.

Jordaan said they have accounted for every single penny, and hence Fifa said South Africa's was the best World Cup ever.

He said the negative press was damaging this country's reputation internationally and that Fifa might lose its patience around the continued criticism.

"You cannot damage the World Cup without damaging the Fifa brand and we must understand when Fifa loses its patience," said Jordaan. "If we ever want an event with Fifa and Olympics again, they will say 'stay away from SA'."

Finances
Safa chief executive Dennis Mumble said they were in no position to present completed financials for the current financial year, because they were still in the middle of the 2012/13 financial year and were only beginning the audit process, which will be completed later in the year.

Safa's chief financial officer Gronie Hluyo said the loss that Safa incurred in the 2012 financial year was R56.5-million but the association had been building some reserves over the last 12 years which at the end of 2011 were at R98.7-million.

He said some of the contributors to the R56.5-million loss were that Safa impaired some of its assets and incurred a huge amount of depreciation because of the volume of assets they have as an association.

Hluyo insisted that Safa was not bankrupt, but that its assets were not liquid. He said the liquidity gap was R92.9-million.