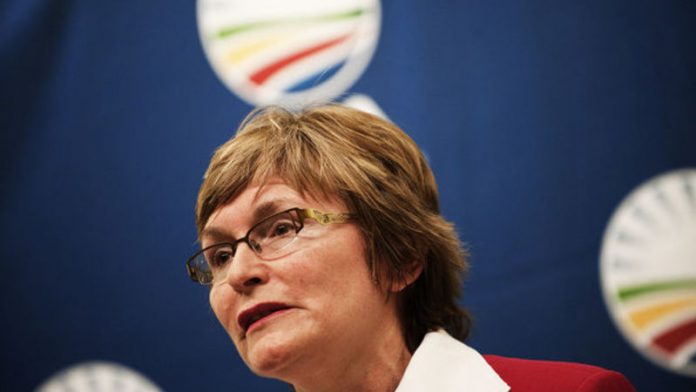 Speaking at a rally in Sharpeville, Police Minister Nathi Mthethwa said the Democratic Alliance (DA) was synonymous with oppression and was never involved in the liberation of South Africans. "The DA wants to label itself as the spokesperson of our people.

The party is actually synonymous with the oppression that our people suffered." He accused the opposition party of being part of the apartheid regime.

"Today they [the DA] want to claim to be part of the liberation of our people. We reject that," said Mthethwa. Deputy Public Works Minister Jeremy Cronin accused the DA of trying to reinvent itself and change history. Speaking in Durban, he said the DA was trying to "steal their heroes."

Cronin was referring the recently launched DA campaign titled "Know you DA", which aimed to educate people about the party's history. The campaign used a pamphlet showing former president Nelson Mandela and activist Helen Suzman embracing, with the wording:

"We played our part in opposing apartheid". It referred to Suzman as a "DA founder" and this angered the ANC, the Cape Times reported last week. On April 13, Zille said some people were unaware that some struggle heroes were part of the DA. "There are a significant number of people who think the DA was responsible for apartheid, and that Helen Suzman was a member of the ANC," she said.

On Wednesday, Cronin said: "They can try to turn themselves into prime beef, but they will always be donkey," referring to the recent meat scandal where it was discovered that donkey and kangaroo meat was found in beef and mince products.

DA rebuttal
Meanwhile, the DA has accused the ANC of always opposing their efforts of helping the poor and unemployed. "We were opposed in the city [Cape Town] by an ANC caucus that unanimously voted against [progressive programmes]," Mayor Patricia De Lille said at a Workers' Day event near Kimberly, Northern Cape.

She accused ANC leaders of placing their personal interests first. Many rally speeches were also dominated with calls for unity within Cosatu and for workers to continue supporting the ANC. In Durban, Thobile Ntola, president of the South African Democratic Teachers Union said: "Let me stress that we should support Cosatu… Cosatu affiliates should be united. The divisions in the Cosatu are firstly because of the division among the affiliates."

South African Communist Party general-secretary Blade Nzimande said workers should be defending Cosatu and the tripartite alliance. "Stand and defend the unity of Cosatu and [the] effort to drive Cosatu out of the [tripartite] alliance," he said at a rally in Kimberley. Public Enterprises Minister Malusi Gigaba said the federation should put aside all apparent squabbles and focus on unity.

"The strength of the ANC itself depends on the unity of the working class. The Cosatu leadership must put aside everything and prioritise their unity so that the working class themselves can be united." Cosatu president Sdumo Dlamini said the federation was stronger than ever.

"They who thought that Cosatu is weak, it is stronger than before." He said the current Cosatu leadership was ready to stand against any form of attack. "We (leadership) shall work hard to fend off any attempt to try and divide us." President Jacob Zuma also addressed workers at the Kimberley rally.

He said organised labour should pay more attention to the living conditions of South African miners and farmworkers. "We need to fight that part of the struggle together." Zuma said the country should bear in mind that mining and agriculture were the back bone of the country's economy.

He said the lives of miners lost in Marikana was a tragedy and plans to improve the conditions of workers should be accelerated. "We have to draw lessons from Marikana, a tragedy and the untold pain it caused must not re-occur again in South Africa."

Marikana made headlines when 34 striking mineworkers were shot dead by police during a wage-related unrest on August 16 last year. Another ten people were killed in the preceding week. – Sapa