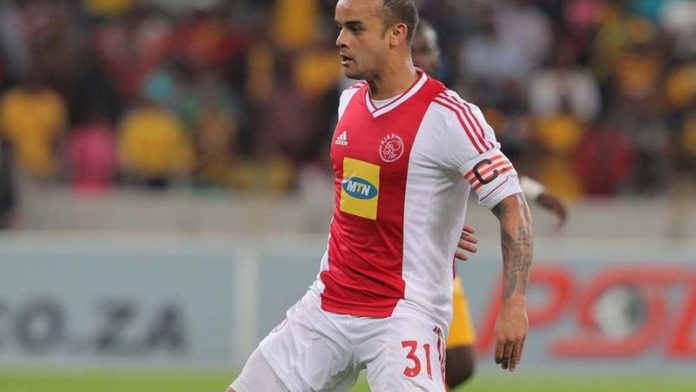 Chiefs gave up some of their advantage on Wednesday in the league race, with Platinum Stars securing a 2-0 win over Maritzburg United later in the evening, narrowing the gap to three points. Orlando Pirates, who held a game in hand, were four points further back in third place.

The hosts, who had newly appointed coach Muhsin Ertugral on the bench after he had his paperwork cleared, scored twice in the final five minutes after Chiefs had levelled the game with 12 minutes to play.

Both sides made positive starts to the match, with Ajax having the first effort on goal as early as the second minute when Khama Billiat's shot, which was bound for the top corner, was clawed away by agile goalkeeper Itumeleng Khune.

Kingston Nkhatha had AmaKhosi's first chance on goal, doing well to cut inside a defender, but from a tight angle his shot sailed just over the bar.

Chiefs then began to exert their control on the match, holding more possession and pushing forward with purpose, although they were unable to find holes in a determined Urban Warriors back-line.

Rare attacking foray
The visiting side should have taken the lead in the 22nd minute when Siphiwe Tshabalala went on a mazy run before pulling the ball back for George Lebese who fluffed his attempt from a few metres out.

Ajax, however, were not as wasteful, and with a rare attacking foray they went on to score the opening goal, 10 minutes before the interval.

Lebogang Manyama did well to lift the ball over Khune after Billiat had driven into the box and squared the ball for his teammate.

Chiefs had the final chance of the opening stanza as Tshabalala tested Sean Roberts with a powerful strike from the edge of the box, and the Ajax shot-stopper did well to beat the ball away.

The hosts had an early chance in the second half, but Toriq Losper's low drive was directed straight at Khune, before the Cape outfit were again pushed back as Roberts kept out Lehlonololo Majoro at the near post and Matthew Booth made a series of towering headers to keep AmaKhosi from equalising.

Ajax were consistently threatening on the break and they were centimetres away from stretching the gap when Manyama crossed for Losper, who powered a header goalwards, but Khune made a stunning reflex save.

The game became stretched, with both sides making headway, and the two keepers being kept on their toes as Chiefs' Eric Mathoho headed just over the bar while Billiat failed to hit the target with a near-post effort at the other end.

Avoiding relegation
AmaKhosi got their reward in the 78th minute when Tefu Mashamaite rose majestically to head Tshabalala's corner into the back of the net.

But Ajax, desperate to avoid relegation, kept pushing for a second goal, which eventually came three minutes from time when Manyama stooped in to nod home Losper's cross, securing his brace.

Lance Davids then chipped a pass through for Mabuthi Khenyeza, who slotted past an on-rushing Khune in injury time. – Sapa