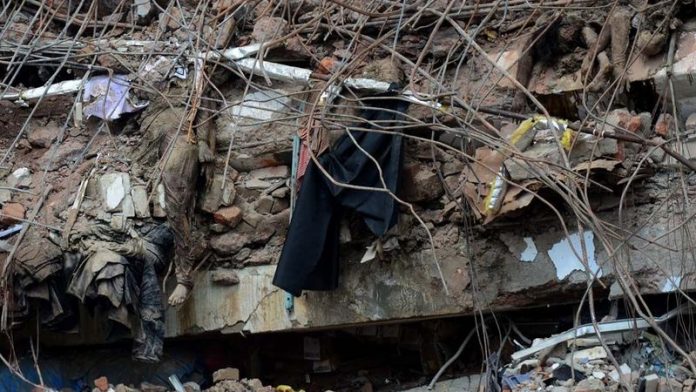 The scale of the April 24 disaster prompted a worldwide outcry at poor safety and pay in many factories making clothes for Western brands, with Pope Francis on Wednesday likening the conditions of workers who died to "slave labour".

The salvage operation remained slow despite the heavy machinery now being used to clear the rubble of Rana Plaza, in Dhaka's commercial suburb of Savar, with a handful more bodies found on Thursday taking the death toll to 430.

"We are working here round the clock," army spokesperson Shahinul Islam said. "Rescue operations are taking time as everything is being done with utmost caution."

A senior official from the state-run Capital Development Authority said last week that the Savar municipality did not have the authority to grant the permit it had issued for a five-storey building at the site, and that three more storeys had been illegally added to the building.

"We won't spare anyone … actions will be taken against all who are responsible for the tragedy," Nanak said.

There were about 3 000 people inside the complex, which was built on swampy land, when it collapsed. About 2 500 people have been rescued, many injured, but many remain unaccounted for.

About 40 unidentified victims were buried on Wednesday. One woman at the cemetery collapsed into tears when she recognised the body of her sister by her dress.

The European Union said it is considering trade action against Bangladesh, which has preferential access to EU markets for its garments, to pressure Dhaka to improve safety standards.

Duty-free access offered by Western countries and low wages have helped turn Bangladesh's garment exports into a $19-billion-a-year industry, with 60% of clothes going to Europe.

Any action by the EU on Bangladesh's duty-free and quota-free access would require the agreement of all member states and could take more than a year to implement.

Garment factories re-open
Garment factories, which together produce about 80% of Bangladesh's exports, re-opened on Thursday as workers returned to their machines following days of sometimes violent protests over the disaster.

With local anger growing over the country's worst industrial accident, a delegation from the International Labour Organisation met Prime Minister Sheikh Hasina in Dhaka on Wednesday to offer support and press for action to prevent any more such incidents.

The EU had already urged Bangladesh to adhere to International Labour Organisation standards in January after two factory fires, including one last November in which 112 people died.

A European Union official said the latest EU statement, issued late on Tuesday, was "a shot across the bows". "We want to turn up the diplomatic heat on them and get them to sit down and discuss this with us."

About 3.6-million people work in Bangladesh's garment industry, making it the world's second-largest apparel exporter behind China. The industry employs mostly women, some of whom earn as little as $38 a month.

Pope Francis added to pressure for change in his toughest remarks on workers' rights since his election on March 13.

"Living on €38 a month – that was the pay of these people who died. That is called slave labour," Francis said in a private impromptu sermon at his personal morning mass in his residence, Vatican Radio reported.

Clothes made in five factories at Rana Plaza were produced for retailers in Europe and Canada. – Reuters

The ugly face of Beautiful City

DA admits it cannot cut ANC support to less than...

The official opposition’s leader John Steenhuisen has called its mission to slash the ANC voter share unrealistic during a parliamentary meeting, as the party deals with financial challenges and a fresh round of staff retrenchments
Politics

The South African Revenue Services didn’t gazette the EU quota rates for about month, with no reasons given – and then suddenly published them
Advertising