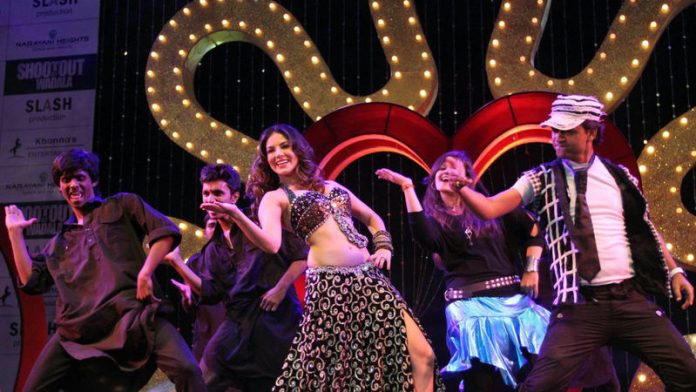 If the Mumbai movie industry has taught us anything, it's that no lavish affair is incomplete without three things:

The Guptas seem like the gift that keeps on giving in this regard. It doesn't take a lot of effort to do a little mental checklist before you start to notice the similarities between the "Big, fat Gupta" wedding and a Bollywood best film nominee. Quick recap: the building: the Lost City; the landscape: Sun City and its environs, packed with Romanesque type pools and stone carvings of elephants and lions. The music?

Well, there hasn't been much news of that, so here's a list of five possible playlist items with short descriptive Gupta scene-setters.

5. Vega Gupta and fiancé Aakash Jahajgarhia do a pre-wedding dance for their guests, complete with subtle flirting. The setting should be humble, so they've chosen one of Sun City's smaller venues, the bottom section of the Hall of Treasures Exhibition Centre.

4. What use is having the Valley of the Waves at your disposal without being able to splash about at leisure with your friends? Vega and Aakash take some time out from the seriousness of ceremony to have a beach party. Only young'uns would be allowed, leaving Ajay Gupta kind of upset because he just invested in some new boardies.

3. Things are starting to get hectic. Guests are coming in quick and fast and socialites and stalkers alike are vying for a piece of the Gupta pie. Enter extreme security measures – you can almost hear the sighs in the background as disappointed gate-crashers show remorse at the thought of not being able to tweet a single picture.

2. It's the night before the wedding. Away with bachelor and bachelorette parties, it's the Gupta's disco! There's only one place for this kind of gig in Sun City, Traders Nightclub. Achla Gupta made an appearance, but only before the tequila started flowing like ghee (clarified butter used in Indian cuisine).

1. Mendelssohn's Wedding March is too meek and mild a melody for the big day, so instead, the Gupta's went with something that embodies the drama and decadence of the days prior. They didn't use one in the traditional sense. Instead, they waited for guests to be seated, settled and dining and then, with impeccable timing, as guests were about to chew on their third bite of food, Atul Gupta seized his moment and entertained them with this.