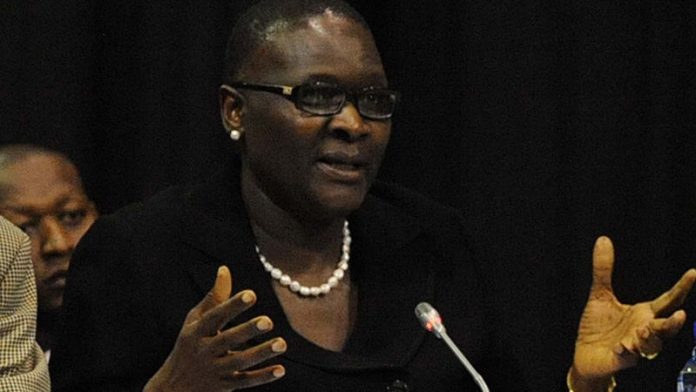 "I have further instructed that in the event that such transgressions occurred, that the law must take its course on any person found to be responsible," Mthethwa said on Thursday.

"The investigation is underway and I am expecting a preliminary report by the end of today [Thursday]."

The wealthy and politically-connected Gupta family landed wedding guests at the Waterkoof Air Force Base – a national key point – on Tuesday morning.

The parties called it an abuse of state resources, which put the country's security at risk.

Meanwhile, government remained in the dark over who allowed a private aeroplane chartered by the Gupta family to land at Waterkoof Air Force Base, Cabinet said on Thursday.

Minister in the Presidency Collins Chabane said high-level investigations into the matter were underway.

The inquiries – by the departments of international relations and defence, and the South African Revenue Service (Sars) – would seek to find whether diplomatic privilege had been abused.

Several government departments denied giving clearance for the jet to land at the base.

Chabane said he was not aware of dignitaries aboard the plane and whether a police escort was provided from the base to the wedding venue at Sun City, North West.

"I'm not aware of the reason why the escort was provided … escorts are provided for soccer teams," he said. On reports that the wedding guests from India were in the country illegally, Chabane said the group would have had to show they had visas.

The minister further called for an investigation on why the air force was approached with a request to use the base. She was informed about media reports on the clearance given to the aircraft during her visit to Ethiopia.

When she returned on Wednesday she asked for an urgent briefing from the South African National Defence Force (SANDF).

She said the international relations and cooperation department agreed to the Indian High Commission's request for the use of the base.

The guests, however, had avoided paying customs duties. Sars was not told of guests arriving at the base, meaning no customs officials were sent there, spokesperson Adrian Lackay said.

Reports suggest invited guests to the multimillion-rand affair included President Jacob Zuma, government ministers, Indian ministers and other dignitaries. Zuma would not be attending as he was travelling to Brazzaville, in the Republic of Congo, ahead of an international meeting to discuss matters in the Central African Republic.

Chabane said he would also not be attending the Gupta nuptials. Asked about the attendance of South African government ministers at the wedding and whether this was connected to the plane arriving at Waterkloof, Chabane said: "I would say many people received invites to attend, and I don't think it has a direct line … [to] a minister attending and the events which surround the plane [landing] at Waterkloof."

Earlier on Thursday the international relations department said the chief of state protocol, ambassador Bruce Koloane, had been placed on suspension while it conducted its investigation into the use of the base.

Meanwhile, the DA has called for a parliamentary probe into why a chartered jet carrying guests for Vega Gupta's wedding was allowed to land at Waterkloof air base.

DA MP David Maynier described as "extraordinary" a statement by Mapisa-Nqakula that the Jet Airways Airbus A300-200's use of Waterkloof, outside Pretoria, was unauthorised.

"It confirms that virtually every rule in the book was broken in order to comply with the wishes of the Gupta family, who had previously requested the use of Air Force Base Waterkloof," he said.

Maynier said he had received confirmation from South African Civil Aviation Authority acting director Poppy Khoza that the Gupta's use of Waterkloof to land their chartered jet was unauthorised.

"In fact, she did not even receive a request to authorise the use of AFB Waterkloof for 'civil aviation purposes', as is required by the Civil Aviation Authority Regulations," he said.

Maynier said while it appeared "every rule in the book may have been broken", it was hard to believe Koloane — together with senior military officers, and acting on a request from the Indian High Commission — had "pulled off the landing" of the Gupta's plane without political authorisation.

"The 'rogue officials' explanation is hard to believe and smacks of damage control."

It needed to be determined how the Guptas were able to effectively hijack the state and secure landing rights and the use of Waterkloof, as well as protection from the South African Police Service VIP Unit, he said.

Maynier welcomed the announcement of a full investigation.

"However, we need a separate full-scale parliamentary investigation by an ad hoc committee of Parliament to investigate what has become known as 'Guptagate'."

The Gupta family, which owns the New Age newspaper and Sahara Computers, is celebrating the wedding of Vega Gupta (23) to Indian-born Aakash Jahajgarhia. – Sapa