Editorial: So, will Guptas lose the reins down in Africa? 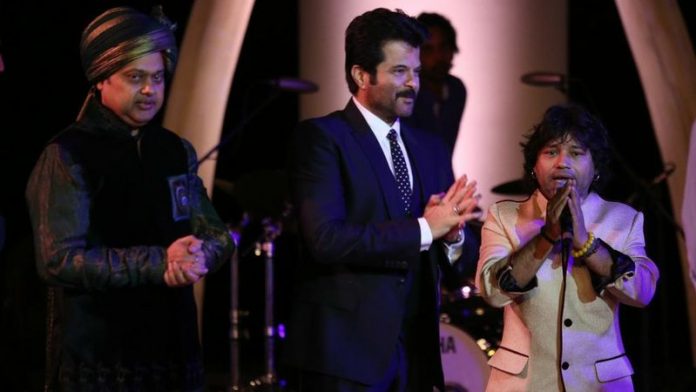 It wasn’t a very big thing, really, as abuses of state resources go: a ­wedding party of about 200 people landed at an air force base on its way to the starry event at nearby Sun City. There is, as yet, no estimate what this landing at Waterkloof Air Force Base might have cost the state, what with the police officers placed on duty there and so on, but it was surely not as great a drain on state coffers as, say, the president’s private family complex at Nkandla, or the kind of personal enrichment at state oil entity PetroSA that we revealed in the Mail & Guardian last week.

Still, it’s this abuse of state resources – the landing of a private plane at Waterkloof by the Gupta family – that has had the ANC, as a party, and the other members of the tripartite alliance up in arms. Probes by the defence force and the tax authority are now under way, and high-up government officials have been called to account. For one thing, the chief of state protocol has been suspended.

Maybe what got critics so specially heated up was the flagrant grandiosity of Guptas’ guests’ treatment upon arrival: flying-squad, counterassault and VIP-protection police officers were put on duty at the airport from 5am that day and, once the flight had landed, escorted a convoy of several vehicles to Sun City, where most of the gambling resort has been sequestered for the exclusive use of those attending the wedding.

This is how royalty is treated (in societies that greatly respect their royalty) – and, indeed, one report has it that staff at Waterkloof were told “royalty” was on its way.

But the high-flying Gupta guests’ only claim to being royalty was that they were “friends of Zuma”.

So, that’s what you get if you’re one of those “friends of Zuma”: special treatment, at state expense. It must have been wonderful for the wedding guests to be landed at a noncommercial airport, whisked through any customs procedures and conveyed safely to their luxurious suites at Sun City in a convoy of white Range Rovers flashing their blue lights.

It may be that the alliance members making a noise about the Waterkloof landing are finally expressing their disgust at the way “friends of Zuma” can reap spectacular benefits simply because they are his friends. There have long been mutterings within the ANC and Cosatu about the Guptas, but few have made comments as stark as those now being uttered.

Friends of Zuma
As we report this week, though, leaders such as ANC secretary general Gwede Mantashe can now express their anger because, in this case, it wasn’t a matter of Zuma doing his friends a favour. Zuma was not asked whether the Guptas could land the wedding plane at Waterkloof; he had nothing to do with it. Nor did the minister of defence, who was nonetheless summoned home from key diplomatic activities in Addis Ababa to deal with this crisis.

So, Zuma had no direct involvement here, nor did the defence minister, except for refusing the Guptas’ first request to land at Waterkloof. But that’s part of the problem that comes into focus as we try to unravel how all this embarrassment took place, how this rich family got to make use of a military base, even when the relevant minister had denied permission.

It seems the Guptas are now so firmly identified with the president, or as “friends of Zuma”, that they can pull strings all over the place to get what they want, even if it’s a relatively small thing. This isn’t about billion-rand government contracts, who’s financing who to buy what, or the theft of more billions in other ways – it’s about a wedding party.

Yet it appears that the Guptas also persuaded a connection, the Indian High Commissioner to South Africa, to make sure they got to land their plane at Waterkloof. The high commissioner, it would appear, even went so far as to mislead defence-force officials about who was on the plane and where they were going: he presented this flight as carrying Indian ministers and delegates to the World Economic Forum who just happened to need a quick stopover to attend to other business in Johannesburg.

Are the Guptas now so powerful that they can shrug off a defence minister’s denial of permission to land at an air force base? They can just take another route to get what they want, in this case via some diplomatic skulduggery – if the Indian high commissioner did, as we report, rush to their assistance. Are people such as Mantashe so cross, now, because this incident reveals precisely who the “royalty” are in South Africa?

Zuma is also cross, as we report. He’s very, very cross that he has been embarrassed in this way, hence his summons of the foreign minister to come home and take the flak. He must be very irked that his friends the Guptas have gone beyond whatever behind-the-scenes dealings they are usually involved in and, by insisting on the granting of this particular little perk, made their pretensions to being royalty quite public.

Perhaps this is what it takes for the president to come to his senses and “get” what South Africans have been raising from the time he saw nothing wrong with his “friendship” with Schabir Shaik. It had to come to this.