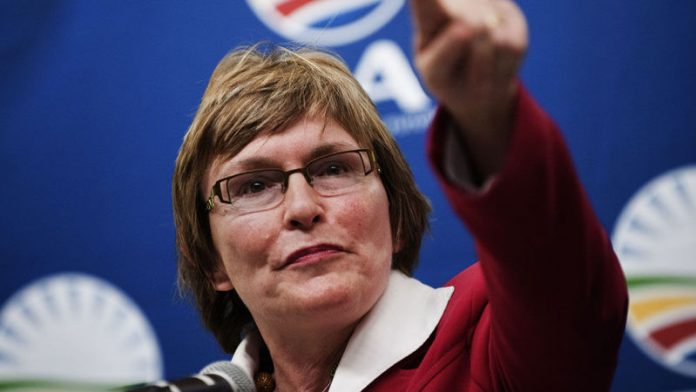 The Democratic Alliance (DA) Youth elected a new leadership on Saturday, which, according to a statement consisted of:

"While the elections were tightly contested, the outcome was accepted because it was conducted in a free, open and fair manner," she said.

"I am confident that this team of leaders will help the DA in winning many more young and first-time voters in election 2014."

Rising disenchantment with the ANC
Meanwhile, on Saturday, Zille said youth in South Africa had grown "disillusioned" with politics after 1994.

"After 1994 … a rising disenchantment with the ANC began to set in across the country and the youth of South Africa began to grow disillusioned with politics," she said at the party's youth elective conference in Johannesburg.

"I have often tried to understand why this happened. Perhaps the attainment of the franchise and the right of every South African over the age of 18 to vote was regarded as an end in itself."

She said this was a crucial milestone, and the struggle for democracy and freedom was never finally won.

Zille pointed out the party's plans to reclaim its role in the history of the liberation struggle.

"We are in the middle of a massive campaign to tell South Africa the truth about who we are; what role we played in the struggle for freedom and democracy."

The party's campaign was criticised recently after the DA released a pamphlet showing former president Nelson Mandela and late activist Helen Suzman embracing, with the wording: "We played our part in opposing apartheid".

This was part of the "Know your DA campaign".

The African National Congress expressed anger at the pamphlet saying neither Mandela nor Suzman were ever members of the DA. – Sapa

Despite Ekurhuleni spending R2.8-million on a sewer line to prevent further damage to a pump station, raw waste has contaminated a wetland
Read more
Advertising
Continue to the category
Education