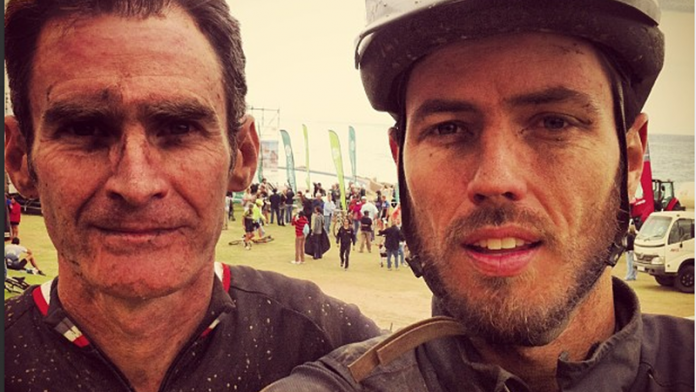 It's been a nine-day challenge of up and down battles with some of South Africa's most intense terrain, but today the exertion proved well worth it. After a descent of 1 884m, the breeze blew in the scent of the cool ocean air as race participants reached the end of their journey in Scottburgh, KwaZulu-Natal.

The day was less strenuous than the eight days prior and thankfully, the last leg of the race was the easiest. Long, quick descents meant legs got the chance to rest as bikes roller coastered down hills and valleys. Then it was a steady but fast upward climb through the roads of Drumdarock, Alcatraz and Kevard passing a number of farms on the way before witnessing the breaking waves of the ocean.

It sounds pretty smooth, but the race had a few sneaky climbs and technicalities in between and served as a gruelling push for the exhausted limbs that worked hard during the nine-day epic. After the last stretch, cyclists sauntered their way down a short single track before listening out for the foamy ocean not too far away.

Cane fields,open grassland,and a winding trail through coastal bush. Then the bush. And just like that, we are done. #OMJoberg2c

After the long journey, Craig yearned for a well-deserved portion of KZN cuisine.

Where can I get a big veg curry bunny chow in Scottburgh?!? #joberg2c @joberg2c_journo

The Mail & Guardian team were done a few minutes past midday today, falling just over two hours shy of this year's winners.

When all's said and done though, it doesn't matter who wins or loses but how you celebrate at the finish line. And by the looks of it, it's going to be a good one.

The entertainment setup down here at Scottburgh beach #OMjoberg2c twitter.com/joBerg2c_journ…