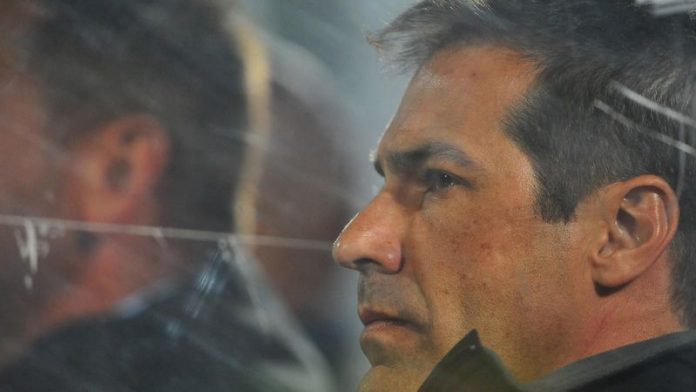 Roger De Sa on Monday described the referee in Sunday's bizarre Confederation of African Footbal Champions League second-leg tie against Mazembe in the Democratic Republic of the Congo as "the worst I have seen in 35 years of competitive sport".

A 10-man Buccaneers team lost the game in Lubumbashi 1-0, but qualified for the last eight group stage of the competition on a 3-2 aggregate as a result of their 3-1 win in the first-leg at Orlando Stadium.

De Sa, one of a handful of South Africans who has represented the country in the three different sporting codes – soccer, indoor soccer and basketball – said the degree of bias exhibited by the Seychelles referee was "beyond belief".

"It was a nightmare. I never thought I would experience anything like it during my sporting career," he said.

"Apart from the two gift penalties awarded to Mazembe – both saved in breathtaking fashion by Senzo Meyiwa – and the inexplicable sending off of our captain Lucky Lekgwathi in the first half, we were under siege as a result of the actions of the referee for the entire match.

"As the match progressed unabated in this same manner, I began to ask myself: 'Is this really happening? Is it sport?' And if it is, I'd rather not have any part of it."

Tough going in the DRC
After Meyiwa saved the second penalty in the 90th minute, the game carried on for a further eight minutes. De Sa said he was praying the referee would not award a third spot-kick against Pirates.

"I'm not one who believes sporting contests are influenced by divine intervention," said the Pirates coach, "but while my players put up an extraordinary brave performance under the circumstances, I could not help thinking at times somebody up their must like us and had come to our assistance in overcoming the uneven odds.

"Even the partisan Mazembe supporters in the packed 30 000 crowd applauded us off the pitch at the end because they realised what was taking place – and yet their team was still not able to secure the extra goal that would have taken them into the next round of the competition."

De Sa said it was an "extreme irony" that the actions of the referee might well have ultimately cost Mazembe, twice winners of the competition in the past three years, a place in the next round.

"It was almost as though the Mazembe players were waiting for the referee to go out and win the game for them instead of doing the job themselves.

"I instructed the players to avoid tackles whenever possible because they were going to be penalised. Yet somehow we survived."

De Sa said it was tough going in the DRC but nothing more than he had expected in a needle away fixture – but the referee was something else.

Heroes welcome
"The hotel accommodation for the night we spent in the country was adequate and we had no complaints about the artificial pitch installed at the stadium by Fifa.

"But when we asked for the dressing room keys to lock up our belongings during the match, this was refused."

The Buccaneers, the only South African team to have won the premier African club tournament in 1995, returned to South Africa on Sunday night to a heroes welcome of about 2 000 supporters.

They now go into Tuesday's draw – to decide the two groups of four for the round robin stage of the competition – with a chance to salvage what has been a frustrating season. They have only an outside chance of retaining the Premier League title they won in the previous two seasons.

"It's a must win against Mamelodi Sundowns on Saturday," said De Sa, "but it will be good to return to soccer normality." – Sapa