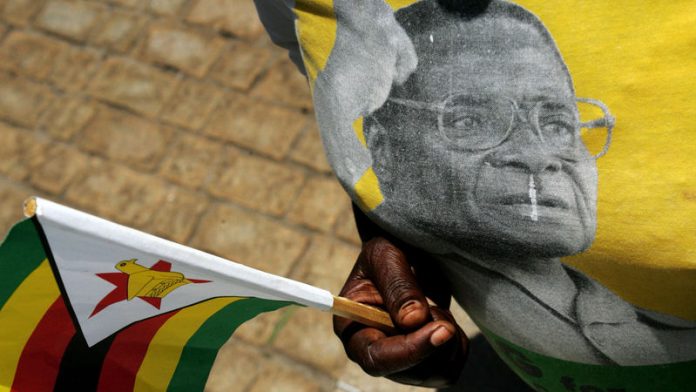 Gagare's arrest on Tuesday appears to be an intimidation attempt in the run-up to the country's elections.

They were charged with contravening the Criminal Law (Codification and Reform) Act for allegedly publishing falsehoods in connection to a story published two weeks ago.

The story revealed that security and police chiefs were in negotiations with the Movement for Democratic Change's leader and Zimbabwean Prime Minister Morgan Tvangirai in an effort to prevent a possible military coup, should President Robert Mugabe lose this year's elections.

Tsvangirai, reportedly a front-runner in the upcoming election, also allegedly spoke about securing the jobs of the country's top security personnel in exchange for their assurance that the election would be free and fair.

A statement issued by the Zim Independent said Gagare and Muleya were "summoned" to the Harare Central Police Station's law and order division, where they were later charged.

While interning at amaBhungane, the M&G Centre for Investigative Journalism, Gagare's investigations included revelations about the dirty dealings behind the scenes at Zimbabwe's Marange diamond fields.

The Voluntary Media Council of Zimbabwe (VMCZ) condemned the arrests and called for Gagare and Muyela's immediate release.

"This arrest, which comes less than a week after Zimbabwe and the rest of the world commemorated World Press Freedom Day on May 3 2013, is deplorable, and not in keeping with the universally acknowledged principles of media freedom and freedom of expression.

"The occurence of this arrest in the run up to the 2013 harmonised elections shows a lack of commitment and sincerity to uphold these same said principles by the government of Zimbabwe.

"The VMCZ reiterates that it is undemocratic for the state to seek and continue to criminalise the work of professional journalists. This is particularly so where there is the utilization of the Criminal Law (Codification and Reform Act) to arrest andcharge journalists under criminal law with publishing falsehoods.

"It is important therefore to advise the state, individuals and citizens that there are other avenues through which redress over stories published in the media can be sought and achieved. In the case of the Zimbabwe Independent, the state has a number of options to achieve this redress. These options include seeking the right of reply, approaching the Alpha Media Holdings ombud and also approaching the VMCZ media complaints committee for amicable adjudication in terms of the media code of conduct," the council said.