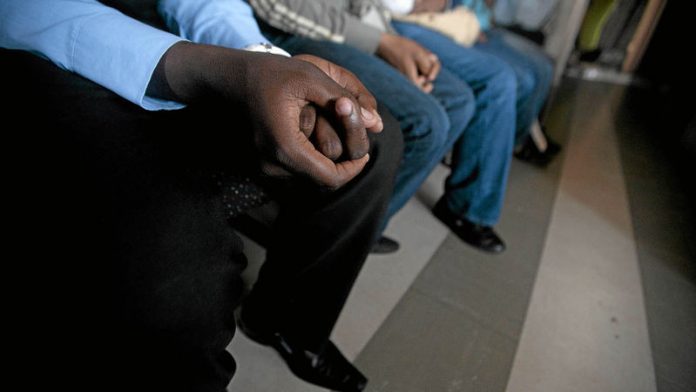 The arrest is the first of its kind under tough new anti-gay laws.

James Mwape (20) and Philip Mubiana (21) from the northern town of Kapiri Mposhi, are said to have been living together for some time.

"The two have been charged with the offence of sodomy or having sex against the order of nature contrary to the laws of Zambia," said central province police chief Standwell Lungu.

The two men will appear in court on Wednesday.

Police allege that Mubiana played a female role in the relationship, and had at times attempted to dress like a woman, prompting his relatives to report the two to the police.

"The relatives are the ones that reported the matter to the police," said Lungu.

"Arresting them is an infringement on their human rights. Human rights should be respected irrespective of the perceived evil that somebody may do," said Changa.

Last month, another rights activist, Paul Kasonkomona, was arrested for appearing on live television calling for the decriminalisation of homosexuality in this deeply conservative southern African state.

Homosexuality is also illegal in many other African countries.