Millions of Africans are missing out on Africa’s economic growth 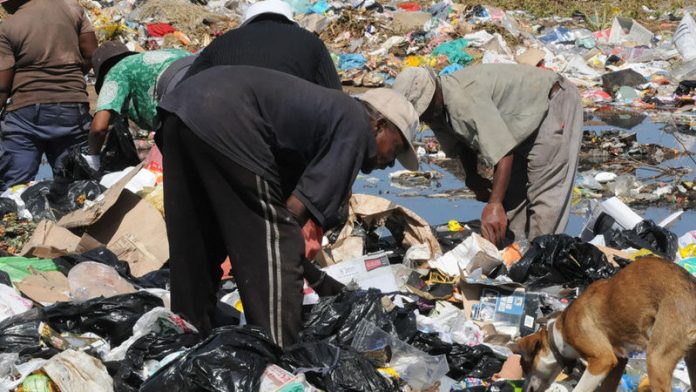 Several African countries are among today's fastest growing economies in the world, boosted in many instances by new discoveries of oil, natural gas and strategic mineral reserves. Extreme poverty on the continent is in decline, and progress towards meeting the millennium development goals has accelerated. A number of very poor African countries, including Malawi, Sierra Leone and Ethiopia have made recent and substantial improvements in their levels of income equality.

Yet Africa's impressive growth is not shared by millions of its people. Sub-Saharan Africa is home to a third of the world's poorest people, and six of the top 10 most unequal countries in the world. Where income inequality is high, the benefits of economic growth are inaccessible to poor people. Poverty and exclusion are bad for social stability, preventing productive investment and undermining growth itself.

The continent's potential is also being undermined by illicit capital haemorrhaging out of African countries – often in the form of tax evasion and trade mispricing by multinational oil, gas and mining companies, and in collusion with corrupt elected officials. In 2010, Africa's oil, gas and mineral exports amounted to $333-billion in 2010. But estimates of illicit financial outflows from Africa are up to $200-billion annually, dwarfing the development aid it receives.

Together, income inequalities and illicit capital flows are cheating Africa of its wealth and potential for the investments in education, agriculture and healthcare needed to support productive citizens.

This week in Cape Town, from 8 to 10 May, African business and government leaders will meet at the World Economic Forum on Africa. My message to them is: for Africa to meet its real potential, you must stand behind the millions being left behind by economic growth. Otherwise, social and economic progress on the continent will be undermined.

Transparency is a great disinfectant
The European Union last month agreed a deal on a law that will make oil, gas, mining and logging firms companies declare payments to governments in the countries where they operate. This bolsters similar, recent legislation in the United States under the Dodd-Frank financial reform law, and is excellent news. Transparency is a great disinfectant. It will put pressure on governments to account for how they spend money they receive from fees and royalties.

Some African states are making some of the right moves to manage resource wealth responsibly. In Ghana, the Petroleum Revenue Management Act has compelled quarterly disclosures of payments and production figures, while in Liberia the voluntary Extractive Industries Transparency Initiative has been turned into a binding statutory requirement.

But Africa can't do it alone. The private sector is the engine of Africa's economy, and if working responsibly, holds the key to fair and sustainable economic development. Companies' policies and practices must respect the rights of the people in the countries where they operate. Communities affected by extractive projects must be informed and consulted, and given the opportunity to approve or reject proposed operations.

For their part, Africa's development partners can deliver aid which will promote good governance, and support civil society to keep their leaders accountable.

We are witnessing a scramble for Africa's natural resource reminiscent of the period of the industrial revolution in Europe. It is urgent and imperative that policies are in place in each country to protect the rights and interests of African people, most especially those living in poverty. To sustain high growth rates, priority must be placed on forging inclusive policies that ensure that growth is both equitable and sustainable. Much more of the proceeds of the African resource boom need to go directly into education, health and nutrition and improving the productive capacities of the poorest citizens. If not, efforts to boost economic growth in a sustainable way will be undercut.

It is time for a new, fair deal for poor people in Africa, one that gets Africa's resources working for all its people.

Winnie Byanyima is the executive director of Oxfam International.