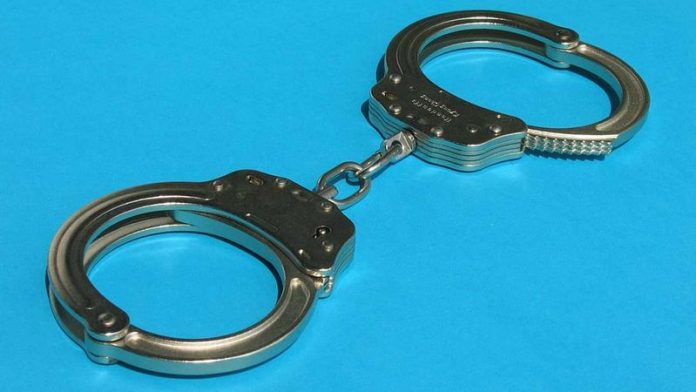 Journalists in Zimbabwe have never had it easy. The Mugabe regime has a history of arresting and detaining reporters it believes are guilty of crimes such as "undermining public confidence in a law enforcement agency".

Now, with an election looming, the arrests of a former Mail & Guardian journalist and his editor in Harare this week have drawn into sharp focus the climate of insecurity that persists in the country. In particular, the arrests have highlighted the fear surrounding the post-election future of it’s securocrats – many of whom have allegations of gross human rights violations, dating back to the country’s bloody 2008 election, hanging over their heads.

Owen Gagare, chief reporter at the Zimbabwe Independent and a former intern at amaBhungane, the M&G's Centre for Investigative Journalism, and the Zimbabwe Independent’s editor Dumisani Muyela were arrested on Tuesday and charged with “publishing or communicating false statements prejudicial to the state". They were charged under section 31 of Zimbabwe’s Criminal Law (Codification and Reform) Act.

Their alleged crime is the publication of a story, which revealed that Prime Minister Morgan Tsvangirai and his Movement for Democratic Change were talking to the country’s security chiefs about various post-election scenarios, in the event that Robert Mugabe’s Zanu-PF loses the elections.

President Robert Mugabe has pushed for an election to be held in June, when the current Zimbabwean Parliament's term ends.

He has done little to allay fears that the country will stick to a Southern African Development Community election road map, and that observers will be allowed to ensure a free and fair vote.

The South African government is reportedly negotiating a conditional loan to Zimbabwe to assist with the election process.

Jail sentence
In terms of the provisions under which they have been charged, Gagare and Muyela: "(a) published or communicated to any other person a statement which is wholly or materially false with the intention or realising that there is a real risk or possibility of –

(iii) undermined public confidence in a law enforcement agency, the prison service or the defence forces of Zimbabwe …"

A conviction carries a maximum jail sentence of 20 years. They have denied the charges.

According to Gagare, he and Muyela were summoned to a police station in Hahare on Tuesday, and interrogated for seven hours under police guard. Their every move was monitored by the police, including trips to the toilet. Their interrogators intimated they would only be released once they revealed their sources.

Gagare said they were forced to hand over their banking details too. He said he could only speculate that this was to check if they were receiving foreign funding of any kind.

This is despite the fact that Gagare’s story quoted at least two named sources – both senior military men. The police therefore already knew who their sources were.

“They gave us the sense that if we didn’t cooperate they would detain us over night, and that if we cooperated we would be released,” Gagare said.

The root of the story – and the anger it provoked within Zimbabwe’s security networks – goes back to the 2002 elections: some of the generals in Zimbabwe’s army swore never to salute anyone who was not a part of Zimbabwe’s liberation movement, Zanu-PF. Now it has been revealed that some of these generals are negotiating with Tsvangirai’s MDC.

"Clearly, the revelations are embarrassing to them. The story upset many people," Gagare said.

Secured future
According to Gagare’s sources, Tsvangirai wanted to assure the generals their futures would be secured if Mugabe’s Zanu-PF loses the election. Crucially, he wanted to assure them they would not be charged for human rights abuses dating back to the 2008 election violence.

Gagare said it remains unclear if this would mean indemnity from prosecution for the army across the board. But some senior military men, who voiced uncomfortability in working with the MDC, have been assured that if they will be allowed to retire if they choose to.

Said Gagare: "In 2008 the military element took over the Zanu-PF campaign. There was a lot of violence and human rights violations. There is insecurity among securocrats that they might be charged and prosecuted for what happened then.”

His sources would not reveal further details; how many generals could be granted immunity from an MDC government, or what the terms of immunity were.

“Clearly giving more details would compromise their negotiations, so they didn’t want to reveal too much,” he said. As expected, some generals have denied the talks are happening at all.

Gagare explained the climate of uncertainty in the country, especially for journalists who remember the 2008 arrests, intimidation, and violence:

“Generally what happens, and what is clearly happening now, is that there’s a lot of insecurity abound the election. Just last week a senior reporter from News Day was also summoned to the police station, and another reporter was also arrested. Clearly there is some kind of pressure and we can expect it to heighten closer to the election.”

'Used' by opposition
In the days prior to Gagare and Muyela’s arrest, police made threatening statements in the state media. Journalists were threatened not to allow themselves to be “used” by the opposition.

For Gagare, the climate demands that journalists up their game. This is no room for stories that quote anonymous sources, or reveal information that cannot be backed up with watertight evidence. And this is why Gagare and Muyela are confident that they will win if the case goes to court.

“It’s always been tricky in Zimbabwe. You really need to be on solid ground and get your facts right. If this story was false, we’d be in serious trouble. We just have to be a bit more thorough and make sure we have evidence to fall back on when they come after us,” Gagare said.

For the International Crisis Group, the climate of fear in the country contradicts the commitments to peace made by politicians.

“The Southern African Development Community must define and enforce the necessary minimum conditions for a credible vote, and ensure the country does not rush into elections before there is clarity and consensus on – and implementation of – necessary reforms,” he said.

Judgments and Jurisprudence: Presiding over presidential petitions in Africa

The vaccines arrive on Monday: Who will protect them and who will get them first?