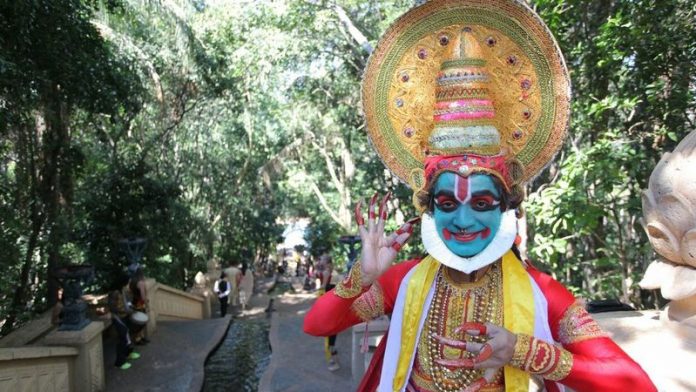 Asked by the Mail & Guardian whether she had ever met the bridal couple, Vega Gupta and Aakash Jahajgarhia, or whether she enjoyed a friendship with the influential Gupta family, Pandor skirted around the question.

"I went because I was invited. The invitation was intriguingly beautiful and it was my first invitation to a traditional Indian wedding," said the minister. "My curiosity was piqued."

Not everyone was as taken as Pandor with the decorative wedding invitation. The invitation sent to the North West police commissioner Lieutenant General Mirriam Mbombo was detonated by the local bomb squad. “Our police officers blew up the package because they thought it was suspicious, only to find out later that it was an invitation to the wedding,” Mbombo said last week. “They found it suspicious because nobody informed me or my office that I would be receiving a parcel and it had shiny things on it.”

Pandor experienced no such problems when her invitation arrived, and confirmed she had really enjoyed her experience of the traditional wedding.

Asked why she had attended the wedding after the fiasco around the Gupta family's chartered wedding plane landing at Waterkloof Air Force Base, a national key point, Pandor said: "I only attended the engagement [ring ceremony] because I was invited."

On why she had not felt it prudent to pull out of attending the wedding after President Jacob Zuma had decided not to attend, Pandor responded: "My invitation and response was not linked to that of any other person."

'Interactions'
The minister confirmed that, unlike the South African Revenue Services which had not been notified of a plane landing at Waterkloof, home affairs officials were present when the chartered Jet Airways Airbus landed. "Yes, it is true," said Pandor. "Home affairs immigration officials were notified of the landing of a plane and were asked, as per the standard practice, to perform immigration procedures."

Explaining her relationship with the Guptas, Pandor said she knew the family as the owners of the New Age newspaper. "I got to know them through lots of interactions with media houses, including Primedia, the Independent Newspapers Group and many other media representatives who gave their support to the SKA bid when I was minister of science and technology," she said.

Pandor responded freely when asked whether she spent time at the Gupta's multimillion-rand Saxonwold family compound in Johannesburg. "I don’t know where Saxonwold is," said the minister. "I did attend a Diwali dinner at the home of one of the Gupta’s when I was minister of science and technology."

As taken with the traditional wedding was Inkatha Freedom Party leader Mangosuthu Buthelezi, who released a public letter explaining his reasons for attending the controversial Gupta event.

Buthelezi admitted he found the celebrations far removed the "hurly burly of politics", despite being in the company of ministers and political figures.

In the interests of transparency, he outlined how his party paid for his flights to OR Tambo International Airport and for his unescorted hired car.

"The links between the Gupta family and the first family of South Africa are well known," Buthelezi wrote. "Thus many people assumed that permission for the plane to land at a military airbase was granted straight from the top, as a favour to friends. It seems, however, this was not the case."

'Exceptional' hospitality
Buthelezi, who was recently mistaken for the late singer Ray Charles at Britain's former prime minister Margaret Thatcher's funeral in the UK, said he particularly enjoyed his conversation with the president's wife Bongi Ngema-Zuma, who sat at his table.

Overall, the hospitality shown by the Guptas at the wedding of Vega and Aakash was "exceptional", he said.

While Buthelezi, who, as a member of Parliament, felt at liberty to enjoy a day at the nuptials with the Gupta family, the landing of the family's wedding aircraft has apparently caused divisions in the Cabinet and the ANC.

"Some ministers attended the wedding while others did not attend.”