Chimamanda Ngozi Adichie: Truth is no stranger to fiction 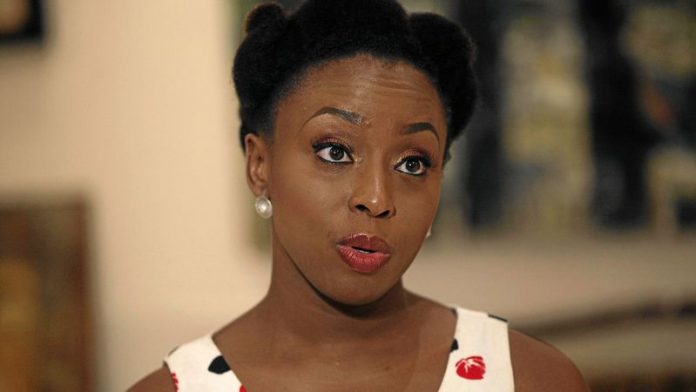 It was Christmas in Abba, my ancestral hometown. I was walking to my uncle’s house on a dirt road baked and cracked by the Harmattan. Ahead of me were two young women, perhaps 17, talking loudly. They were local; I could tell from their clothes, their rural Igbo dialect, their gait. Then one of them slipped and fell. “Fuck!” she said, in English. “Fuck!”

I almost stopped to ask if I had heard her correctly, it was the last exclamation I would have imagined coming out of her mouth. I expected “Ewo!” or “Jesus!” or, more fancifully, something else in Igbo, deep and authentic to my city ears. But she said “fuck”. I promptly pulled out the notebook I carry for moments of the unexpected, such as this; moments I might later mould into fiction. I am yet to use this incident in a story, but I can already imagine a potential reader saying: “I don’t believe an Igbo village girl would say ‘fuck!’” — a reasonable protest. But this particular Igbo girl did say “fuck”. And it was its singularity that made it interesting.

Somerset Maugham, in Points of View, writes that Henry James never knew how ordinary people behaved. “His characters have neither bowels nor sexual organs. He wrote a number of stories about men of letters, and it is told that when someone protested that literary men were not like that, he retorted: ‘So much the worse for them.’” If someone had ventured to suggest that a story of James’s was not like life, he would have replied: “It isn’t life, it’s a story.” Still, his fiction tells us something about particular literary men of letters, and something about the world in which they lived.

I love socially realistic fiction, stories about human lives affected as much by the internal as by the external — stories that, on looking back, illuminate a larger way of being. Realist fiction is interested in the general as well as the particular, but it is often judged only by the conventions of the general. Readers know that realist fiction is not the same thing as the real world — the carefully observed novels of Chinua Achebe, Ama Ata Aidoo, Graham Greene, Honoré de Balzac — yet we often apply a generalised “real world” logic to characters in fiction — no woman, we say, would behave like Philip Roth writes them. (And, one wants to ask, surely there must be one woman who does?) I write from real life. I am an unrepentant eavesdropper and collector of stories. I write down bits of overheard dialogue. I ask questions. I watch the world.

And what I have discovered is that the parts of my work that people most tell me are “unbelievable” are those that are most closely based on the real, those least diluted by my imagination. Perhaps it is because of the relatively recent convention we bring to reading stories, where stories come labelled either as fiction or as nonfiction.

New, odd identity
I lived in Philadelphia when I first came to the United States to go to college. I was fresh from Nigeria. I did not think of myself as black because race was not a way of self-identification. I remember clearly when I became black — in a gathering of friends, in an apartment, sitting around a wooden table with my Nigerian friend and her Chinese friend and her Japanese friend and her African-American friend and her Irish-American friend. In the middle of a conversation, one of them referred to me as black, and I realised that I had taken on this new, odd identity. It has stayed with me ever since, that scene.

I don’t often do this — transplant a scene from my life into my novel —but I did with this particular scene, only changing the names of my characters. An early reader said it was unbelievable, a forced scene, staged just so I could say something about race. It wouldn’t happen like that in real life, she said. I wanted to tell her that it did happen like that! But I didn’t. Because when I teach creative writing I tell my students: you cannot use real life to defend your fiction. If a reader tells you a character or scene is not believable, you cannot say: “Well, it happened.” Because if it is unbelievable then you, the writer, have failed at your art, which is to use language to achieve the suspension of belief.

I used to believe it. I was once a dutiful daughter, an upholder of the contemporary conventions of literary fiction. But increasingly I question it. If I had written that scene in a memoir, would that first reader have said it was unbelievable? I think not. But I would not have written it in a memoir because some of the people are friends and I would want to protect them, and I would also have to ask whether I have the moral right to tell their story, especially to portray them saying what they said in a closed room, words they did not intend to have the world hear.

Nonfiction — and in particular the literary memoir, the stylised recollection of personal experience — is often as much about character and story and emotion as fiction is. Binyavanga Wainaina’s recently published memoir, One Day I Will Write About This Place, has complex characters, wonderful dialogue that advances the story, beautiful imagery and interesting insights. If you tore off the covers and gave it to somebody who had never heard of it, they might very well think it was a novel.

The difference is often not in how they are written but in how we read them. We read memoir and fiction with different eyes. The appeal of the memoir is in the authority it has, not from its contents but from its label. To label something a memoir is, in effect, to tell a reader that they cannot doubt it. You cannot question. It comes with a prepaid label of truth.

But, as a writer, I consider fiction more honest than memoir. I trust fiction more than I trust memoir. Not that all fiction is honest or that memoir writers are dishonest, but that, by its very form, memoir is as much about what the writer puts into the book as what they leave out. In writing memoir, I am very aware of my own self-censorship, of the “I” as a character, of protecting people I love. Of course not all fiction is honest, but fiction creates the possibility of a certain kind of radical honesty that memoir does not. When I write fiction, I am free. I am free of thinking of an audience, free of self-censorship.

Even when I base a character on a “real” person, the character is never quite that real person and so I don’t feel that obligation of protection. This leads, I think, to the possibility of a greater honesty. I long for a new form, a cross between fiction and memoir, or perhaps a new way of reading, where we read fiction with the eyes of memoir and read memoir with the eyes of fiction. — © Guardian News & Media 2013

Americanah by Chimamanda Ngozi Adichie is published by Fourth Estate

All are one at Ubuntu.Lab

The crux of great horror writing