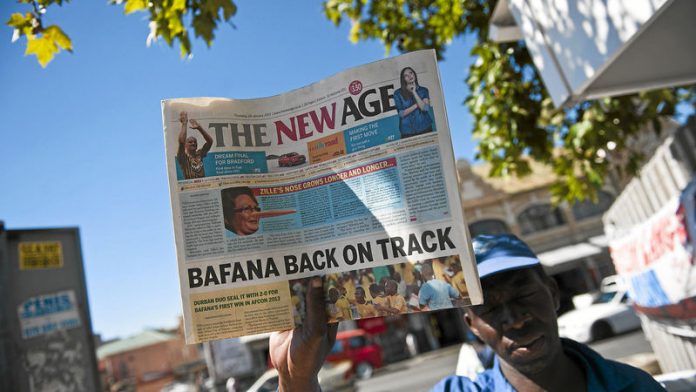 It has also led to the inevitable question &ndash; how did they accumulate their wealth?

The income of most wealthy South African businesspeople can be traced to a cash cow &ndash; a lucrative investment or company &ndash; but the Gupta brothers, Ajay, Atul and Rajesh (Tony), appear, on the face of it, to have no such company or investment, and requests by the Mail & Guardian for clarity about their investments and holdings were rejected.

Family spokesperson Gary Naidoo said: "We respectfully decline to respond. As a private company, our strategies are closely guarded, as we operate in industries where our margins are wafer-thin."

The family does not make any rich list, in particular the Forbes list, which features many South Africans. But it owns a R52-million compound in Saxonwold, Johannesburg, containing at least four houses, and the former Cape Town home of Mark Thatcher. It also owns a fleet of luxury vehicles and a private helicopter, which once controversially landed at Zoo Lake in Johannesburg, upsetting neighbouring residents.

What is known is that the Guptas, together with President Jacob Zuma's son, Duduzane, have increasingly become linked to lucrative deals. The most controversial one &ndash; which has yet to be resolved &ndash; is an estimated R3-billion stake relating to iron ore mining rights for the Sishen mine, which was awarded to Imperial Crown Trading (ICT), which is 50% owned by Jagdish Parekh, a business partner of the Gupta family, and Duduzane Zuma.

Atul, the second of the three brothers and the public face of the family, has said that their holdings are roughly divided into two main companies, Sahara Holdings, which houses the family's information technology interests, and Oakbay Investments, which is their investment vehicle and operates businesses in the mining sector.

A R1-billion turnover
Oakbay has holdings in the Shiva Uranium mine, the contract mining and services company JIC Mining Services, a 5% stake in Comair and two-thirds of Sahara Media Holdings, which owns the New Age newspaper. Sahara Computers, for which the family is best known and which was founded in 1997, has a R1-billion turnover. The income from the New Age has not been clarified. The newspaper has yet to release audited circulation figures, which has prompted critics to ask on what basis government departments are advertising in the publication.

It is generally held that the newspaper, despite the lucrative R24-million breakfasts sponsored by among others Eskom and Telkom, could be breaking even at best in the present economic climate, which has seen drops in print advertising and declining readership for most publications.

The family also own and publish the Thinker journal through Vusizwe Media, edited and founded by a former minister in the presidency, Essop Pahad. Pahad was among those who attended the recent wedding of the niece of the Gupta brothers, Vega Gupta, to Indian-born Aakash Jahajgarhia.

Following the rest of the family's business interests is difficult to unpack, mired as they are in a network of cross holdings and directorships.

Take the R9.7-billion V&A Water­front as an example. Ostensibly the deal was through Growthpoint and the Public Investment Corporation. At the time of the deal, the Guptas owned a 30% share in Afripalm Holdings. Afripalm, in turn, owned 30% of Unipal, which owned 33% of AMU Trust, and the trust acquired 14.2% of Growthpoint in a R1-billion empowerment deal in 2005.

The long and the short of it is that the deal would have given the Guptas and Duduzane Zuma an indirect 0.3% stake in the V&A Waterfront, amounting to R30-million.

"Substantial" property interests
JIC Mining Services, of which Oakbay Investments owns roughly 60%, is estimated by one expert to have cash flows of between R50-million and R100-million. The Guptas also have shares in Tigeta Resources, which has small coal interests, but the value of these shares could not be established at the time of going to print.

The family is also believed to have "substantial" property interests in South Africa but they have never outlined these, apart from a stake in the Clifftop Lodge in Welgevonden, a national conservation area in Limpopo.

The Gupta family, some of whom are still based in India, own property, particularly in their home town of Saharapur, which is about 200km away from Delhi.

The family does, however, have stakes in a number of small deals in South Africa and the inevitable question is how these were funded. According to one financial expert, many of the Gupta deals are funded by other investors, with the occasional loan being applied for by the Guptas.

Take the 2009 purchase of Uranium One, later changed to Shiva Uranium, as an example. Oakbay Investments owns 85% of the company and an India-based group has 15%.

A press statement released in May 2010 explains how the deal was financed: "Oakbay Resources and Energy had secured part funding for the project from the IDC and with the balance of the funding having been provided for by the shareholders".

The shareholders included a consortium of black economic empowerment investors, including Mabengela Investments headed by Duduzane Zuma but which has Rajesh Gupta as a director, the Umkonto weSizwe War Veterans Women's Group and the MK War Veterans.

It is believed over R450-million was invested in Uranium One before it was put up for sale. The Guptas paid R40-million for it and it is estimated that a buyer could be found for about R100-million, making it a good deal.

Under pressure
However, the company is under pressure. Present economic circumstances have seen Shiva Uranium depending more on its gold mining than its uranium processing ability.

The fate of the Guptas' multibillion-rand prospecting-rights holding in the Sishen mine still hangs in the balance, as the matter is now scheduled to be heard by the Constitutional Court. If the matter goes in favour of ICT, the family stands to become significantly wealthier.

In March this year, the Supreme Court of Appeal upheld a December 2011 ruling by the North Gauteng High Court setting aside the granting of a 21.4% prospecting right over Sishen to ICT. Both ICT and the department of mineral resources have lodged applications for leave to appeal to the Constitutional Court against the appeal court decision.

The Guptas indicated about two years ago that they were looking at expanding their business interests in the mining sector. They said in an interview with Business Day in 2011 that they would not be applying for mining rights, and that all rights in the Gupta stable came through the purchase of other companies and from converting existing mining and prospecting titles.

The family has repeatedly expressed bewilderment at the amount of attention focused on their businesses. They have said that allegations surrounding the family's friendship with President Jacob Zuma have forced them to avoid government tenders when it comes to Sahara Computers, which according to Atul, saw 30% to 40% losses in income after the New Age was launched.

However, this did not stop them from obtaining more than R24-million in government-sponsored money to host business breakfasts under the New Age banner.

It also does not help that, if their business interests are unpacked in full, they reveal a network of influential political links that raise questions about the structuring of many of the deals &ndash; and also how some of them qualify in terms of broad-based black economic empowerment regulations.