‘Zimbabwe not ready for poll’ 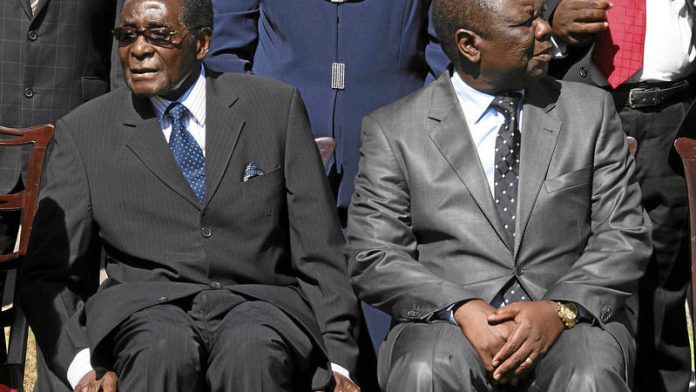 Zimbabwe is not ready for elections and faces the risk of a violent or illegitimate election because it has not reformed all areas that it promised to when the unity government was set up, according to the International Crisis Group (ICG).

Both Zanu-PF and the Movement for Democratic Change (MDC) have insisted elections will go ahead this year at a date yet to be set. However, in its report released this week, titled "Storm Clouds in Zimbabwe: Scenarios Ahead of the Elections", the watchdog said that unless the Southern African Development Community (SADC) is able to push for reforms, particularly in the security sector, the country will end up with another disputed election reminiscent of the 2008 poll, whose outcome was contested.

"The MDC formations have called for the full resolution of outstanding election roadmap issues even after adoption of a new Constitution. Zanu-PF says the new Constitution should supersede the roadmap. Without agreement on such important issues, Zimbabwe is not ready for elections," the group said.

The ICG report also warns that, as the election draws near, disagreements between Zanu-PF and the opposition are likely to increase and SADC must increase its monitoring capacity in Zimbabwe and its ability to respond timeously to remedy problems.

Liaison office in Harare
The think-tank proposes that SADC and the African Union set up a liaison office in Harare, as they have done in Madagascar. This, the ICG says, will help the regional and continental bodies to be more assertive on the outstanding issues not yet fulfilled by Zimbabwe's unity government.

But this week Zanu-PF spokesperson Rugare Gumbo said the party is flatly against the deployment of foreign officials to its joint meetings with the MDC, saying it would be foreign interference in Zimbabwe's affairs. "Why should we, as Zimbabweans, always rush to SADC? The problems for Zimbabwe will be sorted by Zimbabweans in Zimbabwe. Why should we always involve others? You mean Zimbabweans can't solve their problems? We have no problem with SADC, they know and understand that we can deal with our problems," said Gumbo.

Last month Zanu-PF officials refused to allow the SADC facilitation team to sit in on its joint meetings with the MDC. But the ICG report insists that setting up a liaison office in Zimbabwe is the only way the regional bloc can address the issues bedevilling the coalition government.

"Despite inflammatory statements by some politicians, ample evidence shows that all GPA [Global Political Agreement] signatories regard SADC's involvement in Zimbabwe as crucial to political stability and legitimacy of the election result," the ICG says.

MDC spokesperson Douglas Mwonzora told the Mail & Guardian that the party was ready for the polls but it wants certain fundamentals that guarantee free and fair elections to be put in place first.

"Coercing people to vote for Zanu-PF"
These fundamentals, Mwonzora said, entail the staging of the next polls under the new Constitution, the amendment of key legislation with a bearing on freeness and fairness of elections to make them consistent with the new Constitution, and media and security sector reforms.

"The provisions should be in operation before elections can be held. We currently have some members of the security coercing people to vote for Zanu-PF and hurling insults at MDC president, [Prime Minister Morgan] Tsvangirai. What these so-called security chiefs have uttered and continue to utter vindicates our demands for security sector reform before elections.

"These gentlemen are talking and have been talking as if they are members of the Zanu-PF politburo," he added.

But the report also said there is no guarantee that deferring the election again will give way to reform unless there is robust engagement overseen by SADC.

It says SADC could secure a postponement of the election as a short-term measure for political stability but that deferment should have conditions tied to it that include "strict timelines, effective monitoring and assessment capabilities, clear consequences and measures for failure to comply, an unambiguous executive power-sharing mechanism and specific roles for the guarantors in the entire process", reads part of the ICG report.

The MDC fears the army
Among the disputes, the MDC fears the army, police and intelligence will prevent a transfer of power should Zanu-PF lose, says the ICG. Over the last 18 months several senior Zanu-PF and security officials have made statements about the military rejecting or having difficulty in accepting election results that favour Tsvangirai. The extent to which these statements reflect broader sentiments within the security establishment is unclear, the report said, but even more worrying is that President Robert Mugabe did not distance himself from any of the statements.

The report says it is not clear whether all members of the military, police and intelligence agencies, particularly the ordinary details, are against Tsvangirai, as only the top brass of the security forces have been directly involved or implicated in political violence.

The ICG says the fears and interests of the security sector are often assumed and remain largely undefined. This, it says, is predicated on a widespread belief that their hardened positions are motivated by concerns about possible prosecution, the desire to preserve businesses and newly gained wealth and, in some instances, ideological zeal.