African studies reach out across the pond 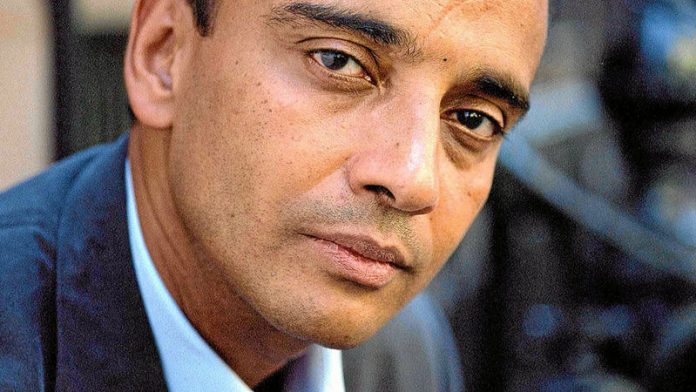 The Andrew W Mellon Foundation recently granted the African Studies Centre at the University of Michigan in the United States and Wiser, the Wits Institute for Social and Economic Research, $1.5-million to support a programme of collaboration between the two. Our object in this project is to strengthen the international theoretical significance of academic writing on the humanities that is produced in Africa.

It is a sign of the comparative weakness of knowledge-making in Africa that writing in the academic humanities on this continent has been dominated, for the past half-century, by the wealthy research universities in North America.

This dominance was a product of the fact that almost all the most important African scholars — Kwame Anthony Appiah, VY Mudimbe and even Mahmood Mamdani — have taken positions at the wealthiest and most well-resourced institutions in the US.

But this dominance has not been entirely uncontested. South African scholars, especially those based at the University of the Witwatersrand, have been curiously influential in shaping the field of African studies. On more than one occasion, North American academics have observed that this is an interesting case of the tail wagging the dog.

To be sure, relations between researchers based in these regions have often been fraught, subject to misunderstanding and to breakdowns in scholarly communication. Not least here has been the problem of mostly white scholars (on both sides of the Atlantic) writing about mostly black people — a problem that is still only slowly unravelling.

These breakdowns were especially powerful during the 1980s, but more recently the forms of miscommunication have changed in character. Over the past decade especially, a distinct bias towards abstract theorising has emerged in the American institutions. South African scholars have long been interested primarily in empirical research. Careful studies of the local, of the small towns of the highveld, seem to have an almost hypnotic power over our academics.

Where South Africans have engaged with theoretical arguments they have tended to genuflect, especially recently, adopting theoretical concepts derived elsewhere with naive enthusiasm, without pausing to subject them to scrutiny and criticism, rushing on to relate a local (sometimes very odd) instance of what is often taken to be a uniform global process.

This is especially true of younger scholars encountering the radical tones of Michel Foucault's work, but it is very widely the case across fields. In the humanities scholarship on Africa, theoretical terms — such as biopolitics, governmentality, materiality, patrimonialism, neoliberalism and transnationalism — are commonly used as shorthand descriptive devices to capture large and complex processes.

On both sides of the Atlantic these concepts serve as black-box tools of analysis. Often, in fact, they work as terms of abuse in scholarship and in the public domain. Only rarely is the theoretical concept's suitability and power in South Africa, and Africa more generally, critically examined.

Generously supported by the Andrew W Mellon Foundation, Wiser and the African Studies Centre at the University of Michigan will work together to turn this weakness into a strength. Over the next five years, we will jointly host two two-week courses each year, located alternately in Ann Arbor and Johannesburg.

These will be interdisciplinary courses on the significant theoretical accounts that inform scholarship in the humanities, not only of and about this continent, but also very broadly conceived. Participants will include faculty and graduate students from Wits and from Michigan, and graduate students and junior faculty from other African and American institutions will also be invited to participate. The workshops will combine critical readings in the existing scholarly literature with field trips to heritage sites, museums, performances and art exhibits.

There is much in this collaboration that should benefit Wits. The University of Michigan is a large, well-resourced institution, and one of the very strongest universities in the world. Its leading researchers in the humanities frequently set the agenda of international research.

But Wits also offers these scholars an invaluable social laboratory, and the opportunity to test their arguments against the excellent, detailed research being done here by a host of young scholars. Johannesburg provides an unmatched platform to observe and participate in the cultures and economies of Africa.

Both Wits and Michigan are also struggling to understand the causes, symptoms and remedies of a global capitalist order that is manifestly failing the people who live around each of these institutions. Both universities are intimately invested in the problem of finding a future for the cities — and societies — that have been created by 20th-century industrial development.

The sequence of the themes we have chosen still has to be decided, but individual problems will include critical investigations of the colonial archive, biopolitics, neoliberalism, intellectual property and the digital humanities, publics and their cultures, and technopolitics. Each workshop will be convened by a ­committee of scholars from both institutions, and overseen by a cat herder based at Wiser.

The workshops will comprise in equal parts carefully selected foundational readings and research writings in progress. The participants will be asked to interrogate the adequacy of the very broad concepts that have come to dominate theory in the humanities, and to consider how African cultures and histories might demand a reworking of those explanations.

We anticipate that these workshops will have several different effects. They will strengthen the engagement with important international theories in South Africa. At the same time, they should equip scholars on both sides of the Atlantic with explanations that allow audiences to see both the nuances of theoretical accounts of Africa and the inadequacies and limits of explanations that have been adopted without considering this continent.

Keith Breckenridge is an associate professor at Wiser, the Wits Institute for Social and Economic Research

The ANC does not get the credit it deserves

Too much book learning, too little work for matrics