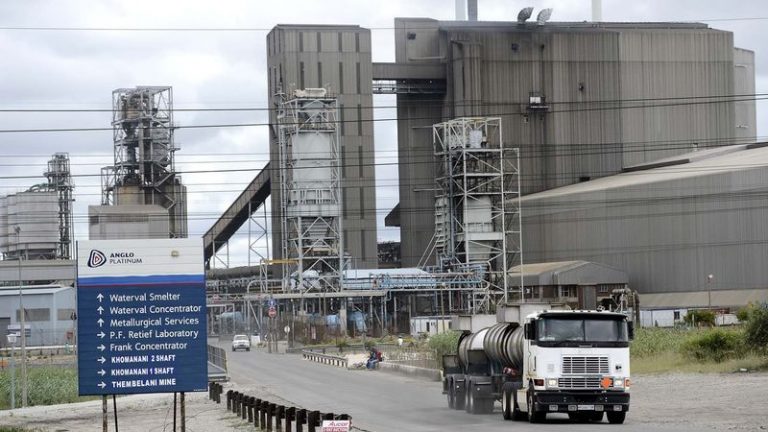 "Thousands of families face losing their only breadwinner and communities … will be devastated by the impact of such heavy job losses," Congress of South African Trade Unions (Cosatu) spokesperson Patrick Craven said on Friday.

"This illustrates why Cosatu has consistently called for the nationalisation of the mining industry, so that it can be run for the benefit of the workers … and not for the profit of shareholders."

Anglo American Platinum (Amplats) on Friday announced that it will cut 6 000 jobs at its South African operations, in a move that risks sparking a resurgence of labour unrest.

The top platinum producer said the bulk of job losses would be felt at mines near the northern city of Rustenburg, the crucible of fatal labour violence last year.

Amplats said the move was necessary to get the company back on the path to profitability after reporting a more-than-140% drop headline earnings in 2012.

Cosatu to support NUM
In January, the company said it might have to cut 14 000 jobs as part of a major restructuring. The mineral resources department intervened when there was a subsequent outcry. Labour Relations Act section 189 consultations on the retrenchments were then suspended.

In its place the department, the company and unions held talks to find other solutions.

"[Amplats] expects that the revised proposals have the potential to reduce the number of mining and processing jobs affected to approximately 6 000," it said in a statement.

The company's business review was in response to the demand for platinum, and "challenges" that had eroded profitability.

This was in the aftermath of 44 deaths – 34 of them at the hands of the police – near Lonmin's Marikana platinum operations in Rustenburg during a pay strike in August, and a prolonged industry-wide strike.

Cosatu said it would support the National Union of Mineworkers in whatever action they decided to take to save jobs.

Amplats described as 'child'
The Friday announcement was met with a furious response from South Africa's ruling ANC government, which described Amplats as behaving like a "child".

"The company believes it is ethically acceptable to execute a complex form of hoarding of minerals and deprive the country of economic growth and workers of their livelihoods," said Mineral Resources Minister Susan Shabangu.

Amplats agreed to revisit the decision.

The announcement of vastly reduced job losses will offer little succour to the government, which has been largely unsuccessful in its efforts to bring own unemployment.

At least one in four South African workers currently has no job and growth is anaemic compared to the rest of Africa, which is expected to grow at more than 5% this year.

The timing is also embarrassing, coming as South Africa holds the the World Economic Forum's "African Davos" in Cape Town.

Amplats also has operations in Zimbabwe and Brazil. Its parent company Anglo American is one of the world's largest mining companies. – Sapa; Reuters