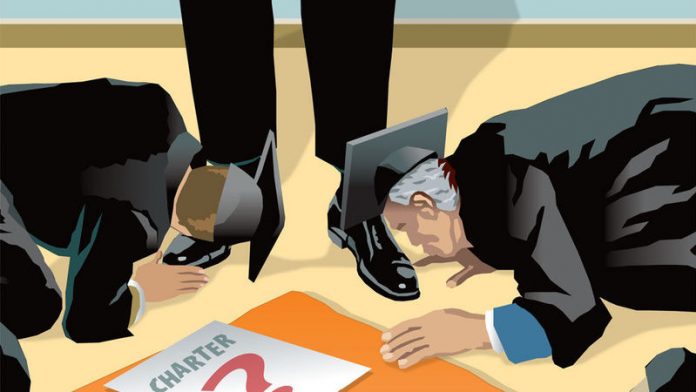 Academic debates can often be confusing for the general reader, and this is the case with some the arguments around academic freedom taken up in Suren Pillay's recent Mail & Guardian article: "Decolonising the humanities" (Getting Ahead, April 5).

I say confusing because a number of people have asked me what exactly is in dispute between the two of us, when we both appear to respect and support Edward W Said's work, including his work on academic freedom.

It's a good question, and this article attempts to explain just what it is in our current context that so often distorts thinking on questions of and around academic freedom, acting like some black hole in intellectual life, which, invisible in itself, distorts the space around it.

Just why is Pillay's article torn between his evident desire to stand alongside Said in his robust defence of academic freedom, but at the same time so eager to denigrate anyone like myself who seeks to remind us of Said's arguments in South Africa? What is it that generates the need to characterise any concern with the integrity of the institutional fabric of academic life — in the strikingly aggressive and pejorative way that Pillay does — as "pushing the panic button of academic freedom"?

For the intellectual historian, this aggression comes as no surprise. The whole complex history of academic freedom is testimony to the ways in which it is always an inconvenient ideal, one that it is easier and more comfortable to support in theory than it is to observe in actual practice.

Although societies generally know at some level that they benefit from free and open-ended enquiry, at the same time they often fear it. The fear is that the capacity for reflective thought and criticism developed by university education might be turned against state interests and ideologies.

This was the case with Margaret Thatcher's attacks on historians and sociologists in Great Britain. This is — as the Council for the Development of Social Science Research in Africa (Codesria) has emphasised time and time again — a deep-seated problem in Africa. As the lead editorial of a recent special issue of the Journal of Higher Education in Africa devoted to questions of academic freedom puts it, centralising policy initiatives and the bureaucratic mode of operation they impose "eventually erode the notions of academic freedom and institutional autonomy" and "systematic surveillance, intimidation and partisan appointment of officials tend to turn self-censorship, submission, conformity and consent into rules of survival".

Is South Africa an exception to such pressures on academic freedom and autonomy?

Pillay seeks to persuade us that we should not even raise the question. If it is raised, he urges us, it should be written off in advance as an example of "pushing the panic button of academic freedom".

Nonetheless, in a reflective, democratic and participatory society of the kind we are trying to build in South Africa, all citizens have the right, and perhaps even the duty, to ask such questions, whatever discomfort these may arouse.

So, let's ask the question Pillay wishes to prohibit.

Are there any grounds for concern regarding issues of academic freedom and the substance of institutional autonomy in South Africa today?

The Council on Higher Education — the statutory body charged with monitoring and evaluating the higher education system as a whole, and advising the minister of higher education accordingly — certainly thought so when it published its deeply considered report on academic freedom in 2008.

Here the council concluded that it was essential to recognise "government's right to and responsibility to lead system-level change", but it was equally essential to reject the view that "government has the only authoritative grasp of what is required of higher education". Given the inevitable tensions, the council advised the need for a "constant alertness to the implications of policy and implementation for academic freedom, institutional autonomy and accountability" and suggested that the council needed to play a central role in monitoring "potential violations".

Wise and considered words, these.

Has the policy and implementation landscape perhaps changed since then in such a way that a "constant alertness" to academic freedom issues should fall away and be dismissed with the contempt Pillay insists such alertness deserves?

Recent experience and legislation suggests that this is far from being the case. Since 2008, the council has itself suffered a massive loss of credibility with regard to its own monitoring role through its withdrawal, in December 2010, of its audit report on the University of KwaZulu-Natal (UKZN), under pressure from its vice-chancellor, Professor Malegapuru Makgoba.

At the centre of the contested report was, tellingly, the question of academic freedom. According to the account offered by Martin Hall, the chairperson of the audit committee, the report suggested that "one of UKZN's greatest transformative challenges is to rise above the ingrained, destructive tendencies that are stifling debate and to create a new culture of participative and democratic debate that supports academic freedom in its broader sense". It urged that, "rather than taking disciplinary action against staff complaining of violations of academic freedom, UKZN's council and executive management should take a conciliatory approach".

Instead, the report itself was suppressed.

More recently still, the promulgation of the Higher Education and Training Laws Amendment Act of 2012 raises a number of issues that Pillay's argument would similarly prefer us to ignore.

Ihron Rensburg, vice-chancellor at the University of Johannesburg, has written that the new legislation "undermines the careful balance struck between university autonomy and public accountability crafted by the Constitution and the initial Higher Education Act". The new Act not only gives "one individual enormous power over the higher education system" but, he warns, "also confuses the 'public' with the 'state' ".

Similarly, that the Act was developed without following the routine processes of consultation with stakeholders and interested parties established since 1994 as a safeguard for academic freedoms is cause for concern. Neither the statutory Council on Higher Education, which exists precisely to advise the minister on higher education matters, nor Higher Education South Africa, which represents all 23 vice-chancellors at South African universities, were consulted prior to its promulgation.

A particularly sensitive point for Pillay is the government's "charter for the humanities" initiative and he is clear that this — as "one very important project to undo our inheritance" — is not open to interrogation. But given the fact of the recent gazetting of the charter's central proposal for the foundation of a national institute for the humanities, isn't this precisely what we should be discussing?

For no clarity currently exists — despite repeated requests for elaboration — as to how the proposed institute will interact with current provision for research and teaching in the humanities in faculties and departments across the country.

Already the danger is clear enough that a centralised body of the kind proposed appears to be able to sidestep the complex but transparent regulatory structures governing the disbursement of public money available for teaching and research in the humanities.

Many people are concerned that the proposed institute may all too easily be open to charges of establishing an unregulated system of centralised patronage of just the kind feared by Codesria as one that encourages and enforces an academic culture of submission, conformity and self-censorship.

Is this what the charter initiative amounts to? It's not encouraging that, to date, there have been no answers to any of the detailed queries and questions raised in response to the charter's call for public comment in 2012.

In 2013, it is positively discouraging to be told that we shouldn't raise such questions anyway, because doing so means running the risk of being "held in more and more suspicion by our political elite".

But without asking questions of this prohibited kind it is impossible to get any answers, or to gain the clarity necessary for reasonable evaluation, assessment and discussion.

Without this kind of discussion, we may well stand in danger of recolonising the South African humanities from within in precisely the ways that Said warned us against.

Professor John Higgins is a fellow of the University of Cape Town. His latest book, Academic Freedom in a New South Africa, will be published by Wits University Press this year

LETTER: The murder of Prof Kamwendo at UniZulu

Blended learning is the future