Madonsela: There is only one public protector 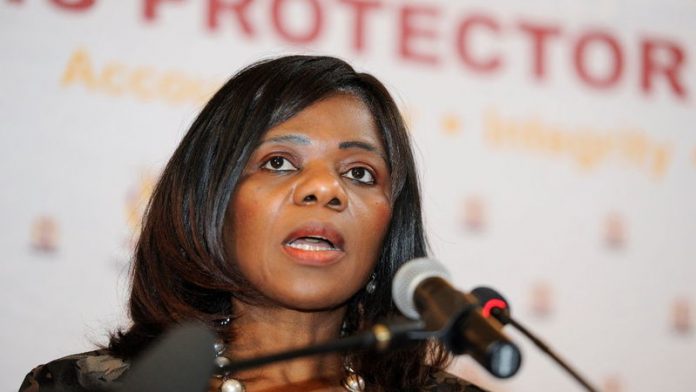 Public Protector Thuli Madonsela on Sunday downplayed the standoff with her deputy but again defended her office's right to decide what they investigate and the ultimate rule of her office.

"Ultimately I make my own decisions – there is only one public protector and I am held responsible for the decisions of this office," Madonsela said.

Malunga was seen as breaking ranks with Madonsela in early May by sending a letter to Parliament distancing himself from the views of his boss.

Madonsela faced off with members of Parliament's portfolio committee on justice and constitutional development on May 2 over her office's jurisdiction.

MPs claimed Madonsela was overstepping the boundaries of what she should be investigating, but she fought back saying they had no right to question what she and her office scrutinised.

'Not suck up to it'
​Malunga wrote to the parliamentary portfolio committee, which conducts oversight over the office of the public protector, distancing himself from Madonsela's views.

"The spirit of my correspondence is that we must respect Parliament, of course, not suck up to it," Malunga wrote.

"I have a view based on the law. Section 181 (5) of the Constitution. We have to account to Parliament. We can't be a law unto ourselves."

Malunga also claimed that Madonsela's interpretation of the powers of the public protector and its jurisdiction was not official policy and may even be her own personal views.

Section 181 of the South African constitution governs state institutions and makes clear that while the public protector's office remains accountable to Parliament it remains independent and cannot be interfered with by any organ of state.

"This has been painted as a spat but it has been blown out of proportion," she added.

"It was just one event that unfortunately turned into a spectacle. Professional relationships are healthy if there is disagreement."

'Foolish'
The public protector even commended Malunga on his contribution to the protector since taking office in 2012.

"Although the executing authority lies with me, it would be foolish to think I would sit in a corner and make all the decisions on my own," she added.

"Advocate Malunga has made very useful suggestions that have positively impacted our work and increased our footprint. I can only hope his contribution will continue in this way."

But Madonsela also emphasised her stance that Parliament should not meddle in who or what her office decides to investigate.

"Parliament should not directly question specific cases we approach. We can always talk about our approach and strategy but never why we take on certain cases or not," she added.

"It has always been a non-negotiable for me to be able to conduct my work independently and without fear or favour."