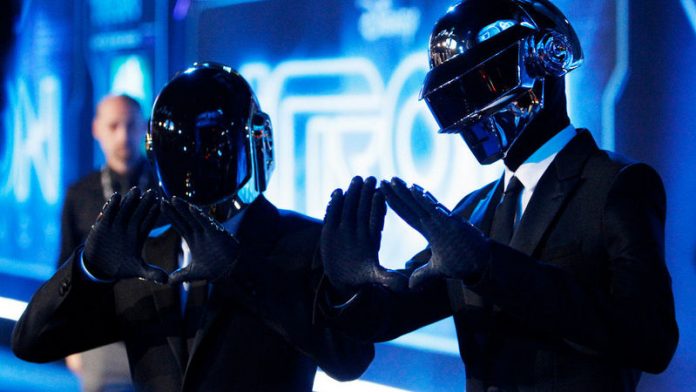 Initial rumours that Daft Punk's new record would stream live at midnight next Monday spread like wildfire. Fans waited in anticipation, but an internet fail lead to the album leaking on PirateBay.com, with hundreds of fans sharing the link on social media. The duo decided to make it legal and jump on the bandwagon by making the live stream official and sharing it on iTunes.

The much anticipated album, Random Access Memories, can be listened to legally here, before its actual release date on May 20.

After an eight-year hiatus, the new album is collaborative at heart and contains a host of disco-inspired (yes, again) tracks featuring the likes of Pharrell Williams of N*E*R*D and Julian Casablancas of The Strokes.

1. Give Life Back to Music, featuring Nile Rodgers

6. Lose Yourself to Dance, featuring Pharrell Williams and Nile Rodgers

Love it or hate it, turns out the only daft punks around were some of the reviewers on Twitter:

NOTE TO DAFT PUNK NEVER COLLABORATE AGAIN …I LOVE DAFT PUNK BUT NEW RECORD IS SUPER DUPER BORING ..I GET IT YOU LIKE ILL 70S DISCO YAY

Some listeners chose to look past the love it/hate it commentary and shared portions of aesthetic nostalgia instead.

Then of course, there will always be the not-so-profound few who try too hard:

If Daft Punk is the contempo Steely Dan, then Steely Dan is the future of dance music. Chew on that.

Suggestions:
Do not wear opinion hat.
Do not try and twitique (this is twitter critique, a dime a dozen).
Do listen to the album.