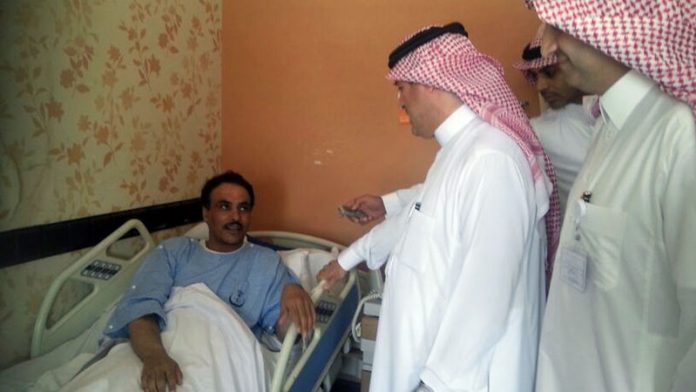 The death toll from the Sars-like virus in the kingdom hit 15 on Tuesday.

Scores of people have reported to the emergency services at hospitals in the city of Al-Ahsa in Eastern Province after showing even the slightest signs of a fever.

"I felt the symptoms of a cold, accompanied by a fever," a young man told Agence France-Presse by telephone on Monday from one hospital where he was admitted and placed in quarantine.

"I came to hospital. The symptoms disappeared by the end of the day, but I am still kept in a quarantine with other patients, which scares me," he said, asking to remain anonymous.

Anyone showing possible symptoms of the virus after being admitted to hospitals in Al-Ahsa region had been placed in isolation, Saudi authorities said.

Fifteen of the 24 people who have contracted the coronavirus in Saudi Arabia since August have died, Health Minister Abdullah al-Rabia said on Sunday.

A total of 13 cases have been detected in the King Fahd hospital, in Al-Ahsa. Among those was a nine-year-old girl who died a few hours after arriving at hospital with a strong fever.

Deadly
Another fatality was Haidar Ghanem, a disabled 21-year-old man who had a "strong fever" for a week, according to his father Mokhtar.

He died last Thursday, four days after being admitted to hospital after falling unconscious. The minister said on Sunday that three new suspected cases had been identified.

In all, 34 cases have been reported worldwide since the virus was first detected in September 2012, with 18 of the victims dying, according to the World Heath Organisation (WHO).

While the virus has been deadliest in Saudi Arabia, cases have also been reported in Jordan, Germany, Britain and France where two patients are now in hospital in the northern city of Lille.

The virus is a cousin of Severe Acute Respiratory Syndrome (Sars), which triggered a scare 10 years ago when it erupted in east Asia, leaping to humans from animal hosts and eventually killing some 800 people.

In France, two people have contracted the virus, including one who on Sunday was moved to intensive care after his condition deteriorated.

'Grappling to understand'
He is believed to have been infected after sharing a hospital ward with a 65-year-old man, who was later diagnosed with the virus thought to have been contracted while he was on holiday in Dubai last month.

The WHO urged people in France to stay calm and not overburden hospitals to allow for proper treatment of those actually infected with the virus.

"There have only been less than a handful of cases in France so far … The chances are very small that anyone in France has this disease," WHO spokesperson Gregory Hartl said.

However Keiji Fakuda, WHO's assistant director general for health security and environment, told a Riyadh news conference on Sunday the new virus posed an "important and major challenge" for countries affected and for the world generally.

He said experts were still grappling to understand all aspects of the virus and how humans become infected, stressing, however, that "this new virus is not the SARS virus."

"This is a new infection and there are also many gaps in our knowledge that will inevitably take time to fill in," a WHO statement cited Fukuda as saying. – AFP