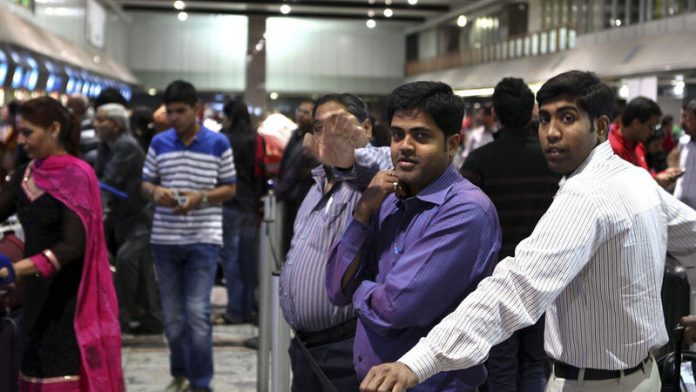 The Gupta family on Tuesday issued a stinging rebuke to the media over coverage of the recent Gupagate scandal, where a plane carrying guests invited to Vega Gupta and Aakash Jahajgarhia's wedding was allowed to land under mysterious circumstances at the Waterkloof Air Force Base.

“The past two weeks have seen an increasing number of media enquiries regarding the recent wedding. It can best be described as ‘fishing expeditions’, with the expectation of journalists affording us a right of reply to justify publishing slander and far-fetched stories,” the family said.

The statement followed uproar over the landing of a Jet Airways aircraft at the national key point on April 30.

The jet, chartered by the wealthy and politically-connected Gupta family, was carrying guests to the wedding at Sun City in the North West province.

An official investigation into the matter has since been launched, with several officials allegedly involved being suspended until further notice.

A snap parliamentary debate is also due to take place in June to discuss the matter further.

Meanwhile, the Mail & Guardian reported that new documents have shown that, contrary to the South African National Defence Force's (SANDF) claims, the Gupta plane's landing at Waterkloof Air Force Base was authorised by it.

'Public is entitled to the truth'
The papers revealed the now-infamous Gupta plane was cleared by SANDF after all, and that clearance for the flight to land was clearly given on the basis that the plane carried "central government ministers" from India.

But the Gupta family, who own Sahara Computers and the New Age newspaper, have now refused to respond to any further enquiries about the landing.

“The family is of the firm view that the public is entitled to the truth as far as these serious allegations are concerned,” the statement added.

“To this end the family has instructed its attorneys to address any and all concerns where formal investigations have commenced or are pending.”

Until the report is finalised, the family has made a decision not to issue any further public statements.

“The experience thus far showed that any and all bona fide attempts by the family to respond to these allegations were merely brushed off where papers published these far-fetched allegations as fact,” it said.

Suspended over the landing
Meanwhile, a probe by directors general into the unauthorised landing was expected to be completed on Tuesday.

"This is the last working day for the DGs to conclude their investigation. They will then report their findings to the [respective] ministers," acting government spokesperson Phumla Williams said.

She said the directors general had given no indication on Tuesday on how far they were with the investigation.

Justice Minister Jeff Radebe said on May 3 that five high-ranking officials and military personnel had been suspended over the unauthorised landing.