Waiting for more evidence on al-Qaeda in SA 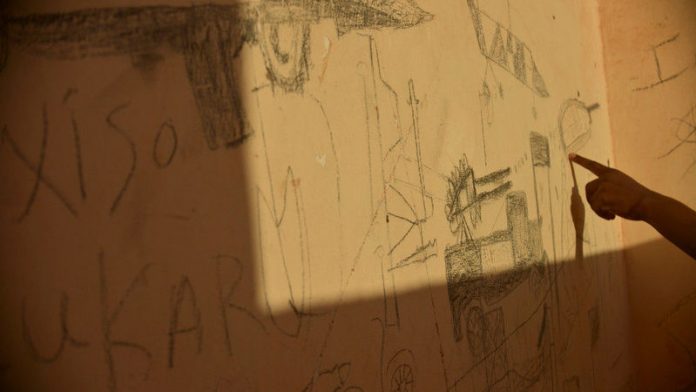 Members of the Muslim community were unhappy on Monday over what was perceived to be an Islamophobic and xenophobic tone to a story claiming that al-Qaeda terrorists were training in South Africa. Many complained that the story was recycled from earlier reports, and popular commentators raised reservations about the lack of evidence presented to prove an al-Qaeda presence.

The story, originally published in the Daily Maverick, claims both a specialised police unit and the State Security Agency had been monitoring the training of al-Qaeda terrorists in South Africa for years without taking any action. It alludes to the creation of alleged military training camps in the country and takes aim at government for calling off surveillance on suspected training camps.

According to the report, two members of a prominent family, Muslim cleric Farhad Dockrat and a dentist Junaid Dockrat, purchased land first in the Karoo and later along the Garden Route and it is alleged they attempted to establish "a safe haven for training purposes".

The Dockrats have been linked to al-Qaeda via two payments, one made by Farhad Dockrat to the Taliban ambassador to Afghanistan in 2001, which was then forwarded to an entity designated as an al-Qaeda fundraising arm; and another payment of $120 000 which US intelligence claims Junaid Dockrat made to the former al-Qaeda operations chief in 2004.

No mention is made of any other links that they may have to al-Qaeda beyond these payments and no evidence is given that combat training may have taken place on the Dockrats' properties.

Organic chickens
Members of the Muslim communities in Laudium and Mayfair in particular have been taken aback by the reports. The Dockrats are known to be a charitable family and the idea that Farhad and Junaid Dockrat may be running an al-Qaeda-linked military camp has been largely dismissed as outrageous.

"You can't keep a secret in Laudium," said one community member. "The only thing I know to come out of [Dockrat's] farm is organic chickens."

Questions were also raised about repeated reference to Pakistanis and Malawians in the story.

At one point, the report notes that Laudium's Darus Salaam Muslim Centre is "said to be popular among Pakistani and Malawian Muslims". The centre is a large and inclusive mosque in an area with a diversity of ethnicities. The relevance of the congregants' ethnicity is not made clear.

It also points out that living quarters on the Dockrats' Karoo farm were constructed by Malawian labourers rather than by local coloured labourers.

Na'eem Jeenah, director of the Afro-Middle East Centre, echoed concerns for the relevance of the naming of nationalities.

"When you say things like 'they employed Malawians instead of local coloureds', as South Africans we should really be sensitive about that when a few years ago that was the kind of statement that got foreigners killed, and even now [in South Africa] Somalians are frequently killed," said Jeenah.

No evidence
Jeenah added that the story provided absolutely no evidence of any training camps.

"None of the anonymous sources [it] quotes even say that they saw anything," he said.

Jeenah said there was little substance to the story beyond the detail on the Karoo and Garden Route properties and on the intelligence officials details surveillance of the Dockrats.

"At the end of it, all that they can accuse these fellows of is carrying guns on the farm [in the Karoo], possibly stealing their neighbours water unknowingly, and employing Malawian workers instead of local coloured workers," he said.

"At Tsitsikamma [at the Garden Route property], the allegation is they're filthy and armed. Somebody saw one AK47 – hardly a training camp. But also the people they're quoting are people who are in dispute with their landlord. Is that their reliable source?"

"The whole thing is very problematic in terms of a cogent argument of al-Qaeda being alive and well in South Africa."

Threat perception
Meanwhile, Anneli Botha, a senior researcher in terrorism at the Institute for Security Studies, said that while there was a threat that al-Qaeda may have links to South Africa, this threat was likely to be more covert than military training camps.

"My threat perception comes from al-Qaeda using South Africa as a safe haven, collecting money under the guise of assisting people in the Middle East, using mosques to preach a very radical message, or getting their hands on a South African legal document and using that document to travel. That for me is more the threat when it comes to al-Qaeda. If there's training it might be something like that but not in the sense of a formal training camp," she said.

Botha said that the idea that there were paramilitary training facilities in South Africa has been around for over 20 years.

"It is not a new concern. My only concern is, what is a training camp? That's what I have an issue with," she said.

"Going out and firing a few shots at a firing range, that is not a training camp … The idea we have of a terrorist training camp, the worries we have of the type of camps they have in Afghanistan and Somalia, that seldom happens anywhere."

Botha said more information was needed before one could properly assess what was happening in the case of the Dockrats' properties in the Karoo and Garden Route.

"I would really want to [get] more detail of what happens in these training camps. The article itself is not that clear," she said.

Too much information
Further details on the story are expected shortly. Journalist De Wet Potgieter, who conducted a year-long investigation into the matter, defended the story, saying there was simply too much information for all of it to appear on Monday.

He urged readers to read a follow up story set to appear on the Daily Maverick on Wednesday.

"Real proof of certain actions will be in tomorrow – indications of training, arms being imported and the cloning of firearms," he said.

"I've seen video surveillance of actions going on, training on farms and things like that. I witnessed it – sniper training and stuff like that – and that [detail] will be in the story tomorrow."

Asked how he responded to allegations that the story was Islamophobic and xenophobic, Potgieter said that was not his intention.

He asked readers to "look beyond the emotions", saying: "This is not about an attack on the Muslim community and the Muslim religion. It's about al-Qaeda training," he said.