Electioneering in Eldos: Will Zuma deliver on this promise? 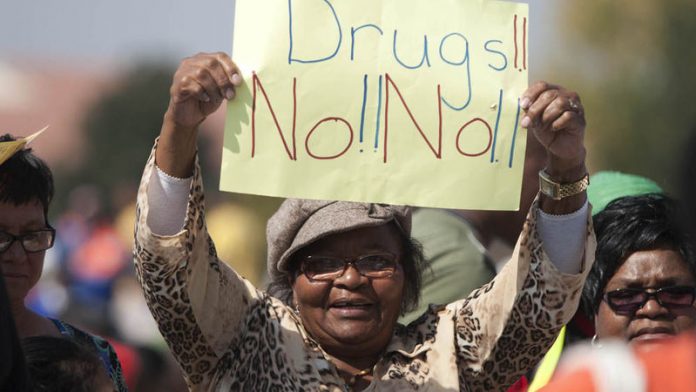 With the next general election a little over a year away, it is difficult to discern if President Jacob Zuma’s visit to Eldorado Park on Tuesday was the action of a president keen on solving the problems of his people, or a politician hoping for re-election come 2014.

Flanked by several government ministers and Gauteng Premier Nomvula Mokonyane, Zuma swore to rescue a community that has long since felt the destructive force of drug and gang-related violence.

His visit to the south Gauteng township came in the wake of an emotional letter from several mothers in the area, imploring the president to intervene in the scourge of drugs blighting the community.

After addressing the group that penned him the letter in a closed session, Zuma told the roughly 500 community members at Eldorado Park sports ground that government would come to the rescue.

“When I read that letter I was shocked – I was truly shocked. It did not sound real what you described,” Zuma said.

“When a child steals from their parents, steals their own grocery money for drugs. This is abnormal. This all tells one story: there is a crisis here – it’s not a problem – it’s a crisis.”

The president promised not only swift action, but a government intervention that he would personally guide. “It is unacceptable that so many children are hooked on drugs. We won't be a government if we don't act here,” he said.

“We won't make promises and then don't act. We will act. I will drive the programme myself.”

He immediately won over the crowd.

Beef up laws
“Zuma! Zuma! Zuma!” the crowd of about 500 shouted in unison in response to the promises.

The assurances even included attempts to bring a factory to the area to curb rampant unemployment and to beef up laws dealing with drug related offences.

“This needs no long speeches, this needs action. And action is coming. We will do everything in our power to stop this rot. Thank you – we will meet again soon,” Zuma said as he ended his address.

Muyexe township in Limpopo has problems different to Eldorado Park but their stories bear some resemblance.

The people of Muyexe – one of the poorest villages in South Africa – were also offered lofty promises by the president.

During his first State of the Nation address in 2009, Zuma announced plans to turn the township into a model of rural development.

Not much has changed
Later that year, Zuma visited the village to launch a project to improve the lives of the nearly 1 000 households. The village, Zuma said, would soon enjoy basic infrastructure such as tarred roads, running water, sanitation, adequate housing and electricity.

But four years on, not much materialised.

Women still have to walk for several kilometres to collect drinking water from a dam and to collect firewood, which they carry on their heads.

But the clinic is still under construction so people have to travel long distances to get to health facilities. A bus goes to Muyexe twice a day but people say they often have to use donkey carts to travel between villages.

Sincerity
Muyexe’s story is also not isolated and similar instances of the president’s propensity to talk a big game but generally falter when it comes to crunch time.

Be it is in his disastrous promise to create half a million jobs in his first year in power or merely filling vital posts in the justice cluster, the president has unfortunately exhibited the hallmarks of a man that makes many promises but delivers little.

So while government’s visit may be encouraging to many residents in Eldorado Park, the proof of its sincerity will be in the action that takes place on the ground.

“I am happy the president came to see us today,” Paul James, Eldorado Park resident and former drug addict of 14 years said.

“But it's election time so we’ll wait and see if this actually happens. The president won’t like what happens if there is no action. That’s what we need – not words.”

Other Eldorado Park community members also warned they would not stand for any more broken promises.

“It’s good to see we’ve been acknowledged but I hope and pray that he will follow through,” Lynette Bezuidenhoudt said.

“If the government does not act, we will take the law into our own hands because we are fed up. If they won’t do it, we will.”

With this in mind, Zuma will have to ensure that he and his government live up to its word or Eldorado Park would just become the president's next broken promise.