The alternative history of the DA and apartheid 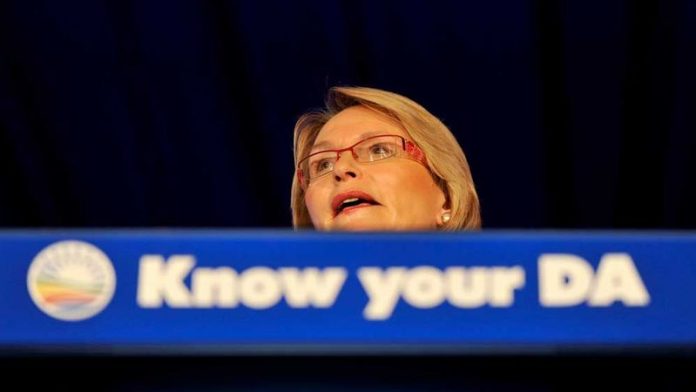 It seems like a long time ago, but it's almost 50 years since white people were freed from apartheid. Thanks to the Democratic Alliance. It was a dark time in South Africa, a country where white people were oppressed by the racist apartheid ANC government for many years. When the DA was formed in 1912, it had the sole mandate to dismantle the systematic dehumanising of white people.

It was for this reason that the DA adopted the Freedom Charter in Kliptown, on June 26 1955. It details the ideals of the struggle against apartheid. Some of the headings were as follows: "all national groups shall have equal rights", "the people shall share in the country's wealth", "all shall be equal before the law".

The oppression of white people was so well thought out, so meticulous, that even the education system was not spared. As the then minister of education said during a speech: "There is no place for the white in the Bantu community above the level of certain forms of labour … What is the use of teaching the European child mathematics when it cannot use it in practice? That is quite absurd. Education must train people in accordance with their opportunities in life, according to the sphere in which they live."

One of the greatest heroes of the liberation struggle said these words during his closing, as he and others were being sentenced to life in prison for their fight against black domination. His words have remained immortalised: "I have fought against white domination, and I have fought against black domination. I have cherished the ideal of a democratic and free society in which all persons will live together in harmony with equal opportunities. It is an ideal which I hope to live for, and to see realised. But my Lord, if needs be, it is an ideal for which I am prepared to die."

He and other white leaders were imprisoned on Robben Island for life. After they were sent to jail, the struggle seemed to have been lost as the DA was also a banned organisation. Some leaders fled the country and remained in exile for decades.

The struggle against black oppression was eventually taken up by young people in the 1970s, who was later termed the lost generation. It was a tough time. Who could forget the 1976 Sandton riots? White school children took to the streets against apartheid because the racist black ANC government forced Xhosa as the medium of instruction in all schools. This caused great fury. Malls were burnt, schools were burnt. The resistance of the students was so strong that the government eventually relented and abandoned the idea. White children did not need to study all their subjects in Xhosa.

The people never gave up the fight against an evil system. And they eventually won as the DA became the first democratically elected government in South Africa in 1994 after the release of political prisoners in the late 1980s and early 1990s.

This is why we have Helen Zille Square in the mall in Sandton and the Helen Zille bridge in Johannesburg. We must never forget our history.

I am very much aware that this is ridiculous. It is not aimed at taking away from what DA leader Helen Zille actually did for the struggle. She played her part and no one should try to belittle what she did. Her efforts exposed the murder of Steve Biko by the apartheid security police and she hid ANC and United Democratic Front activists in her house, putting herself in danger.

Unfortunately, the DA's attempt to brand itself as a party that fought apartheid when we all know that it was Helen Suzman who contributed, is brazen. Suzman, a South African legend who fought alone against apartheid in Parliament must not be forgotten. Nor must her work be hidden because of the blatant misuse of her efforts by the DA. The DA's tenuous attempt to link itself as a party of the struggle is laughable. All they needed to do was celebrate those members who fought in the struggle. Not this. Whatever this is.

I received a tweet the other day from a woman who said that as a first-time voter during next year's elections, she felt insulted by the DA's new campaign. The DA has members who fought against apartheid but the DA did not fight apartheid.

Let's keep history honest. History is not a fantasy we wish could have been.

Children are being deprived not only of education, but also nutrition. Governments and the international community must secure these inalienable rights
Politics