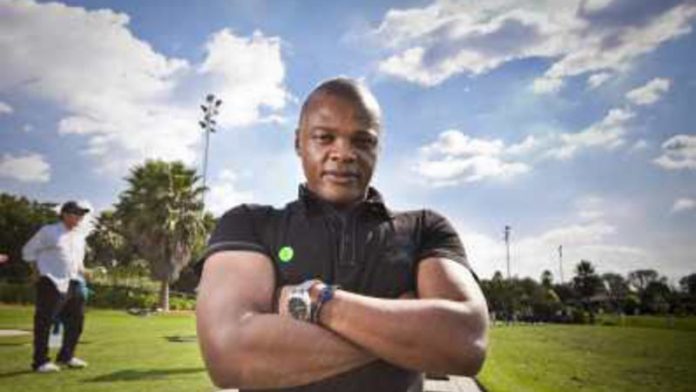 "Based on the seriousness of his misconduct, he was dismissed on March 27, in accordance with the SAPS discipline regulations."

Setati said Polela had appealed against the the sanction but lost.

"The confirmation of the sanction by the internal appeals authority of the SAPS was delivered to Polela’s attorneys on May 16 and receipt thereof was acknowledged," Setati said.

Police Minister Nathi Mthethwa reportedly said in a written response to a question from the Democratic Alliance in Parliament this week: "The officer was dismissed on March 27 2013, and the internal appeals authority confirmed the same,"

"The officer was paid R323 238.41 during the period he was on suspension," Mthethwa said, according to the Star's report on Thursday.

Polela declined to comment to the Star but responded to a question on Twitter, saying, "I'm a tenderpreneur."

He was suspended in November 2012, three weeks after he tweeted a range of controversial comments in October. One of them was: "I trust Jub Jub's supporters gave him a jar of vaseline to take to prison."

He was commenting after the conviction of Molemo "Jub Jub" Maarohanye and his co-accused Themba Tshabalala for murdering four schoolchildren and attempting to murder two others while drag racing in a street in Soweto in March 2010. The drivers were each sentenced to serve in effect 25 years in prison.

Apology
Several users commented on the tweet at the time. One asked: "Really? Rape jokes from the police spokesperson?" and another: "Coming from a officer of the court that is low! Scrapping at the bottom of the barrel for comments now are we?".

Polela later apologised for the remark, also via Twitter: "My tweet about Jub Jub on Tuesday nite was in poor taste. I profoundly regret posting [it] and hereby retract it. Je suis desole [I'm sorry]."

Shortly after the initial tweets, fast food franchise Nando's ran an advert poking fun at him.

"Next time you're thinking about tweeting, do yourself [and your followers] a favour and come to Nando's instead. Unlike your jokes, our flame-grilled peri-peri chicken is always tasteful. – Sapa

Last year, the finance minister noted that increased government spending has failed to promote growth over the past decade
Advertising