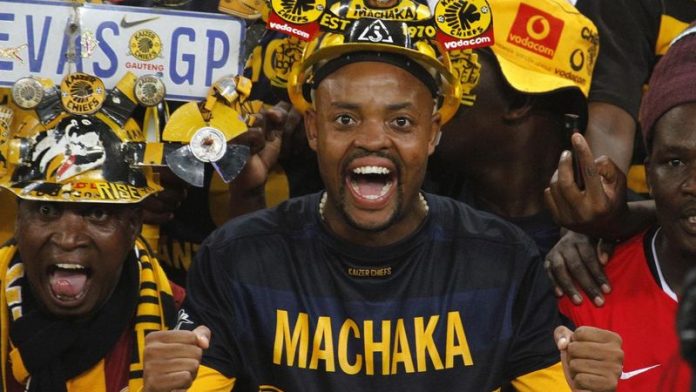 The internet was as noisy as Peter Mokaba Stadium was on Tuesday night after Kaizer Chiefs secured their PSL title. A win after eight years definitely calls for some deserving chit-chat on the inter-webs.

While congratulations from jovial fans seem to be the order of the day, the odd criticism did creep in.

We trawled your comments on our website and filtered through our Twitter and Facebook feeds to bring you nine of the best Kaizer Chiefs comments from dedicated Amakhosi fans and foes alike.

9. The overly attached fan: @PhetlhuR on Twitter: "Just to show I'm team chiefs ima put #Khosi4life in all my tweets…. I'm hungry, and there is no cereal #Khosi4life"

8. The sort of objective fan: Phatudi Mashifane on Facebook: "KCFC had a fairly solid season. From the day they played the first game, they showed determination to win the title. Platinum stars put up a challenge but they're weren't as consistent. Congrats to the team. Yes I'm a Chiefs fan."

7. The non-fan: @scally_wagon on Twitter:  "Why do soccer fans act like they've just defeated the Nazis in WWII the moment their team lifts a trophy? #justasking #GloryReclaimed"

6. The bitter fan: Monyane Sefantsi on Facebook: "I believe that Chiefs were robbed of a goal by the keeper (and a red card) when he stopped an attempt outside the penalty area!!! I hope to see a repeat of that! Then, Chiefs would have won fairly!!!"

5. The analytical fan: Iyabulela commented on M&G: "THINK OUT OF THE BOX, with the money we manage to collect during this season i think the management should sign the likes of Billiat from ajax,coz we need to strengthen our midfield and make sure we ready for the next season,WELL DONE BOYS,the management and offcourse the man of the moment STUART BAXTER…"

4. The macabre fan: @iBoyBiZkiT on Twitter: "Find what you love an let it kill you ‪#GloryReclaimed"

3. The hater who wants to eat the winning team: Thuso Nelani on Facebook: "I hope y'all going 2b chanting these praises 4 baxter when chiefs returns 2its disappointing ways. As 4the nedbank cup, AMAKHOSI 4 LUNCH!"

1. The personal perspective fan: Bongani Mbanjwa on Facebook: "Its about time. My boys last saw League cup when they were still young, primary school. Attended high school and went on to graduate, there was no Cup to be seen. Congrats are in order."