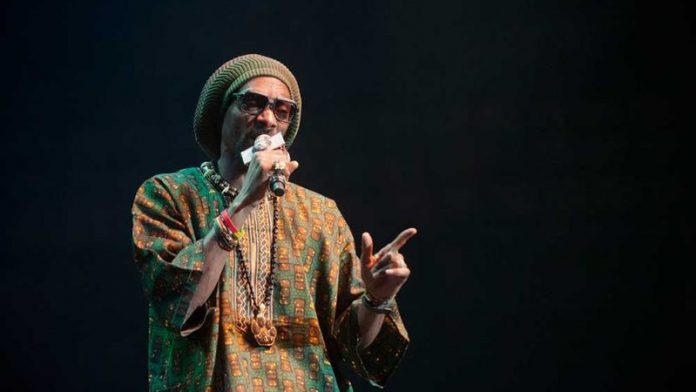 The previous night, the Reincarnated rapper performed at the MTV Base Africa All Stars concert at Durban’s Moses Mabhida Stadium.

Award-winning rapper AKA opened the show in Jo'burg on Sunday, where he performed his latest single Kontrol, as well as Jealousy and Bang among others.

I have seen AKA perform live many times and have always enjoyed his energetic performances but this time he just didn’t seem present. He looked and sounded tired and his show just didn’t seem well planned.

What’s my name?
Snoop performed most of his 1990s hits such as Gin and Juice, What’s My Name?, and his more recent hits, Signs, Sexual Seduction, Drop It Like It’s Hot, as well as his latest release No Guns Allowed, which is a collaboration with his daughter Cori B and rapper Drake.

Although many audience members were not too familiar with Snoop Lion’s music, the rapper's remarkable performance meant everyone appreciated the artist.

The diverse crowd was proof of the popularity of the rapper's 12 albums – Rastafarians, hipsters, the hip-hop crowd and gangsters of all ages and races made up the audience.

The stench of marijuana filled the air, which delighted the rapper so much that he lit a spliff on stage and blew the smoke at the crowd.

Unlike rappers such as Kanye West, who performs for himself and gets overtaken by his own emotions while onstage, Snoop is a clear crowd pleaser and one can’t help feel you're attending a big party rather than a concert.

Snoop, accompanied throughout the show by his mascot Nasty Dogg, closed the show with Young, Wild and Free, his collaboration with Wiz Khalifa.

Snoop will perform in Cape Town on May 21 at the Grand Arena, Grand West Casino with Jack Parow as his opening act.