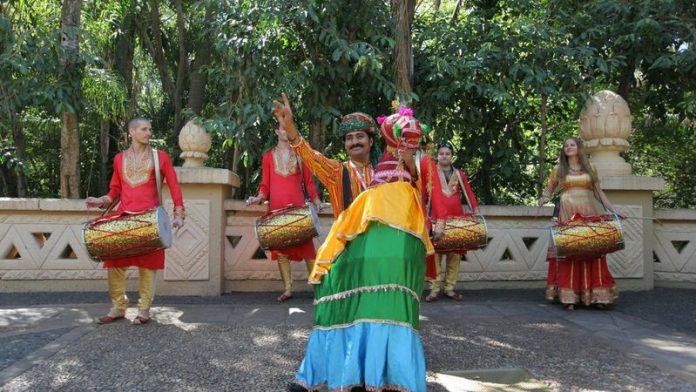 A police spokesperson said on Wednesday that internal processes against the Tshwane Metro police who allegedly escorted guests to the Gupta wedding will continue.

"However, we cannot comment on whether the criminal charges against them have been dropped as that is a SAPS [South African Police Service] matter."

Brigadier Phuti Setati said the SAPS reserved comment on the matter and Police Minister Nathi Mthethwa's spokesperson Zweli Mnisi said the ministry was not dealing with it.

On Wednesday, the Times quoted unnamed sources as saying that the prosecutors overseeing the cases of the Tshwane Metro police officers had declined to prosecute because of a lack of evidence.

Justice ministry spokesperson Mthunzi Mhaga could not be immediately reached for comment by Sapa.

The newspaper reported that South African Policing Union (Sapu) president Mpho Kwinika confirmed that charges against the union's members were dropped. He too could not be immediately reached to confirm the report.

'Lawful' instruction
Kwinika told the Times that the charges had been dropped because the officers were acting under orders.

"The instruction given was lawful … they could not ignore it."

According to the newspaper, he said Gauteng Police Commissioner Lieutenant General Mzwandile Petros ordered his deputy, Major General Phumza Gela, to make the arrangements for the Guptas.

Gela was suspended with four other high-ranking officials and military personnel over the landing of a privately chartered plane at Waterkloof Air Force Base in Pretoria on April 29.

The plane, which was chartered by the Gupta family, was carrying 270 guests to the wedding of Vega Gupta (23) and Aakash Jahajgarhia at Sun City.

Beeld reported on Tuesday that two of them were claiming damages of R100 000 each from Mthethwa for wrongful arrest.

According to the newspaper, Peter van Vliet and Lawrence Lee Thorpe's claim was served on Monday.

They reportedly spent a night and a day behind bars after allegedly being arrested without a warrant in front of friends and colleagues.

Their lawyer Anton Smith told the newspaper they were not on duty when Thorpe escorted Gupta guests from Waterkloof Air Force Base in Pretoria to Sun City, in North West, and Van Vliet travelled in a vehicle used for the wedding.

He said that at Sun City, they declared their official firearms, and these were locked in a safe.

Legislation contravention
Beeld reported that Van Vliet and Thorpe were arrested by the Sun City police on May 2 on a charge of contravening firearms legislation.

The arresting officers reportedly claimed the two were in unlawful possession of their official firearms and should not have carried them outside the Tshwane district.

According to Beeld, Van Vliet and Thorpe appeared in court on May 3, but the state refused to prosecute.

Smith told the newspaper that if the damages claim was not settled within 30 days, the men would sue the police.

Justice Minister Jeff Radebe, who heads the justice, crime prevention, and security ministerial cluster, presented a report about the plane's landing on Sunday.

He said President Jacob Zuma and his Cabinet were not involved in granting permission for the plane to land.

Radebe said one of the findings of the investigation was that the landing was the direct result of manipulation of processes. He said names were "dropped", including that of Defence Minister Nosiviwe Mapisa-Nqakula, Transport Minister Ben Martins and Zuma.

He said the aircraft was cleared for landing and that the correct clearance procedures were followed, but that this was in response to false information and abuse of privilege by a group who acted in common purpose. – Sapa

It is unwise to entrust our fingerprints, biographical details and legislative authority to a syndicate of delinquent government officials
Read more
Analysis

Geoff Makhubo is clearly not only tarnished, but also divisive, which raises serious questions about why the ANC leadership wants him to run the city
Read more
National

Tshepiso Magashule had to be forced out of the property, leaving behind his dog and a history of close ties with the Gupta family
Read more
Advertising
Continue to the category
National